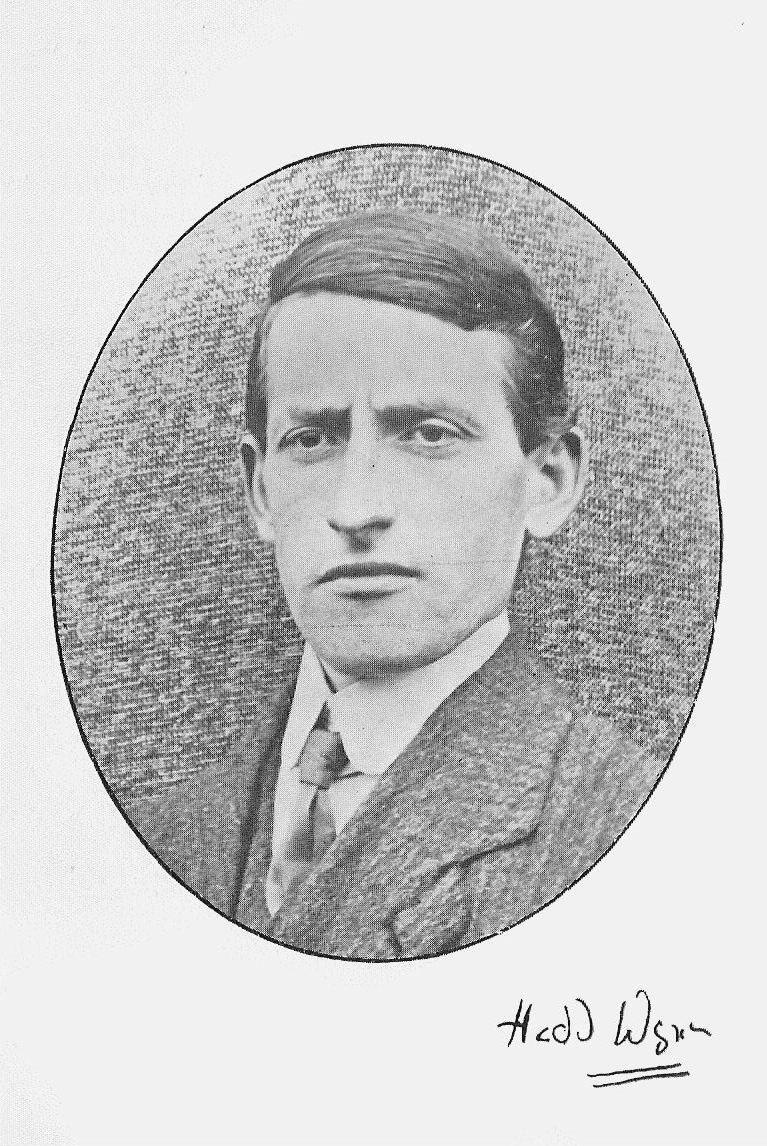 Hedd Wyn (born Ellis Humphrey Evans, 13 January 1887 – 31 July 1917) was a Welsh-language poet who was killed on the first day of the Battle of Passchendaele during World War I. He was posthumously awarded the bard's chair at the 1917 National Eisteddfod. Evans, who had been awarded several chairs for his poetry, was inspired to take the bardic name Hedd Wyn (heːð wɨ̞n, "blessed peace") from the way sunlight penetrated the mist in the Meirionnydd valleys.
Born in the village of Trawsfynydd, North Wales, Evans wrote much of his poetry while working as a shepherd on his family's hill farm. His style, which was influenced by romantic poetry, was dominated by themes of nature and religion. He also wrote several war poems following the outbreak of war on the Western Front in 1914.