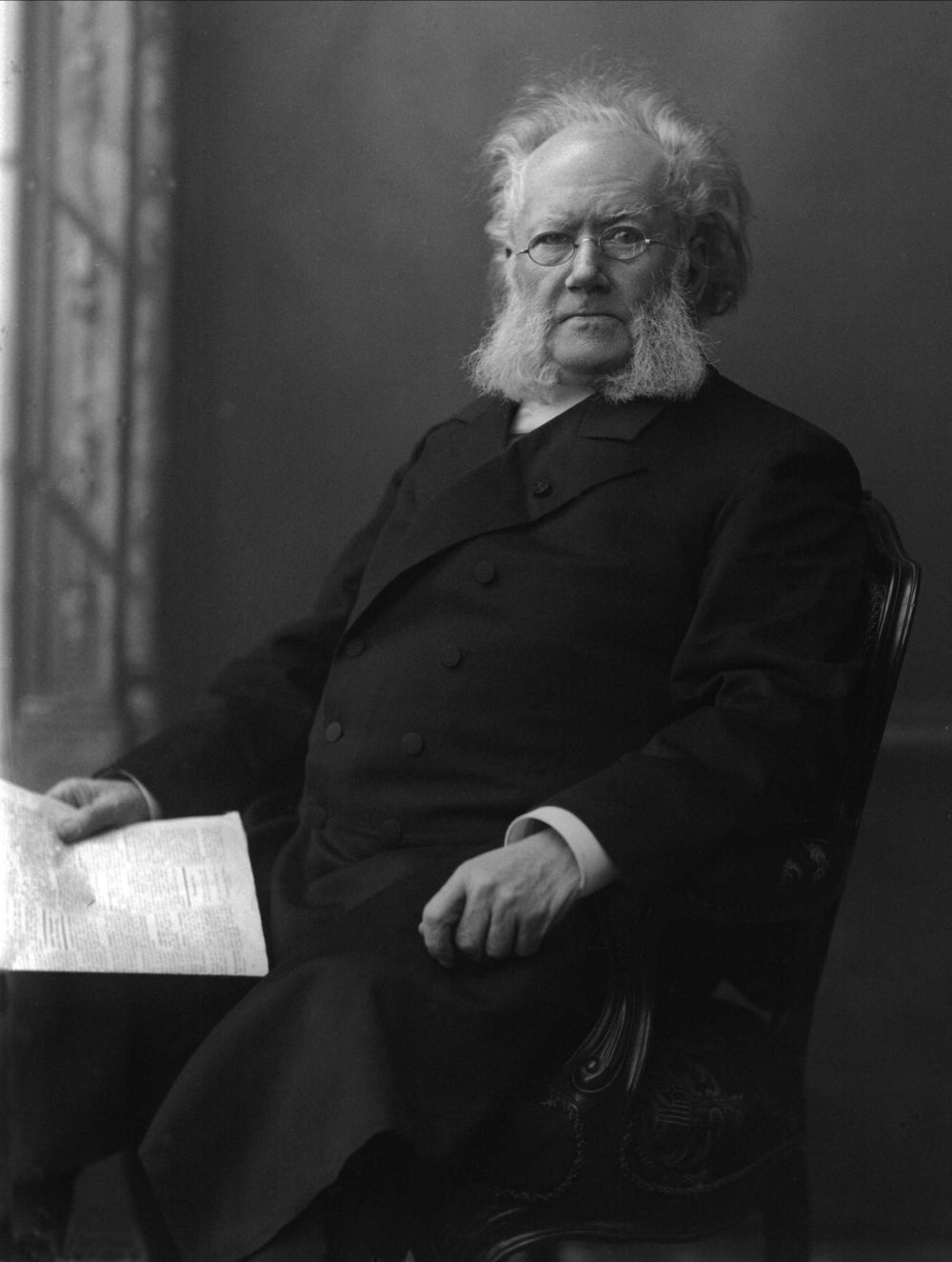 Henrik Johan Ibsen (ˈɪbsən; ˈhenrik ˈipsn̩; 20 March 1828 – 23 May 1906) was a Norwegian playwright, theatre director, and poet. As one of the founders of Modernism in theatre, Ibsen is often referred to as "the father of realism" and one of the most influential playwrights of his time. His major works include Brand, Peer Gynt, An Enemy of the People, Emperor and Galilean, A Doll's House, Hedda Gabler, Ghosts, The Wild Duck, When We Dead Awaken, Pillars of Society, The Lady from the Sea, Rosmersholm, The Master Builder, and John Gabriel Borkman. He is the most frequently performed dramatist in the world after Shakespeare, and by the early 20th century A Doll's House became the world's most performed play.
Several of his later dramas were considered scandalous to many of his era, when European theatre was expected to model strict morals of family life and propriety. Ibsen's later work examined the realities that lay behind many façades, revealing much that was disquieting to many contemporaries. He used a critical eye and free inquiry into the conditions of life and issues of morality. The poetic and cinematic early play Peer Gynt, however, has strong surreal elements.
Ibsen is often ranked as one of the most distinguished playwrights in the European tradition. Richard Hornby describes him as "a profound poetic dramatist—the best since Shakespeare". He is widely regarded as the most important playwright since Shakespeare. He influenced other playwrights and novelists such as George Bernard Shaw, Oscar Wilde, Arthur Miller, James Joyce, Eugene O'Neill, and Miroslav Krleža. Ibsen was nominated for the Nobel Prize in Literature in 1902, 1903, and 1904.
Ibsen wrote his plays in Danish (the common written language of Denmark and Norway during his lifetime) and they were published by the Danish publisher Gyldendal. Although most of his plays are set in Norway—often in places reminiscent of Skien, the port town where he grew up—Ibsen lived for 27 years in Italy and (Germany), and rarely visited Norway during his most productive years. Born into a merchant family connected to the patriciate of Skien, Ibsen shaped his dramas according to his family background. He was the father of Prime Minister Sigurd Ibsen. Ibsen's dramas continue in their influence upon contemporary culture and film.