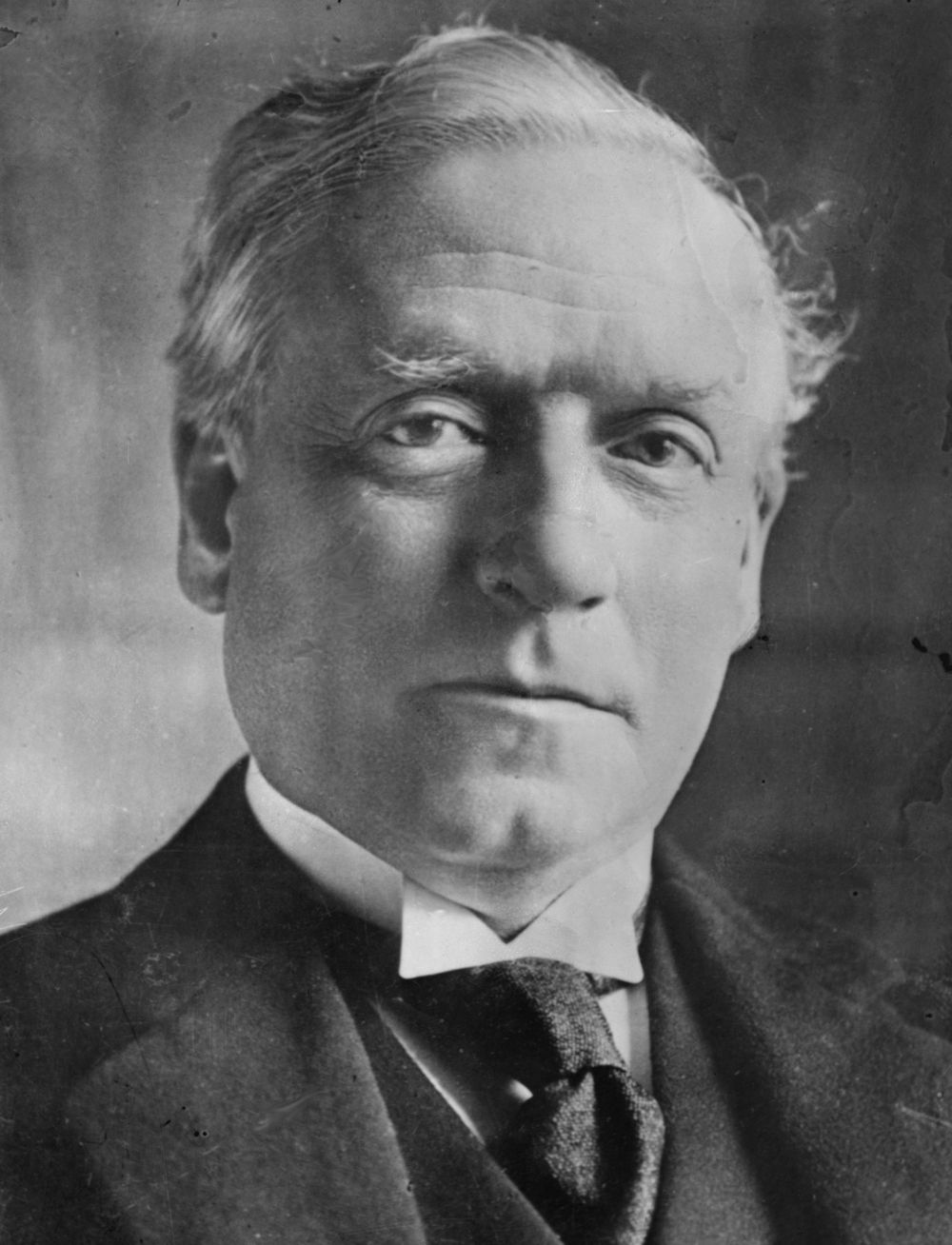 Herbert Henry Asquith, 1st Earl of Oxford and Asquith, (12 September 1852 – 15 February 1928), generally known as H. H. Asquith, was a British statesman of the Liberal Party who served as Prime Minister of the United Kingdom from 1908 to 1916. He was the last Prime Minister to lead a majority Liberal government and played a central role in the design and passage of major liberal legislation and a reduction of the power of the House of Lords. In August 1914, Asquith took Great Britain and the British Empire into the First World War. In 1915 his government was vigorously attacked for the shortage of munitions and the naval failure at Gallipoli. He formed a coalition government with the other parties but failed to satisfy critics. He was forced to resign in December 1916 and was succeeded by David Lloyd George, a fellow Liberal who became his bitter enemy in battles to control the Liberal Party.
Asquith's father owned a small business but died when Asquith was seven. Asquith was educated at City of London School and Balliol College, Oxford. He trained as a barrister and after a slow start to his career achieved great success. In 1886, he was adopted as Liberal candidate for East Fife, a seat he held for over thirty years. In 1892, he was appointed as Home Secretary in Gladstone's fourth ministry, remaining in the post until the Liberals lost the 1895 election. In the decade of opposition that followed, Asquith became a major figure in the party, and when the Liberals regained power under Sir Henry Campbell-Bannerman in 1905, Asquith was named Chancellor of the Exchequer. In 1908, Asquith succeeded him as Prime Minister, with David Lloyd George as Chancellor.
With their first majority government since the 1880s, the Liberals were determined to advance their agenda. An impediment to this was the unelected House of Lords, dominated by the Conservatives. When Lloyd George proposed, and the House of Commons passed, the People's Budget of 1909, the Lords rejected it. Meanwhile the South Africa Act 1909 passed. Asquith called an election for January 1910, and the Liberals won, though were reduced to a minority government.
Although the Lords then passed the budget, Asquith was determined to reform the upper house, and following the general election in December 1910 gained passage of the Parliament Act 1911, allowing a bill three times passed by the Commons in consecutive sessions to be enacted regardless of the Lords. Asquith was less successful in dealing with Irish Home Rule. Repeated crises led to gun running and violence, verging on civil war.
Asquith's action in taking the country to war was one of the most important individual ministerial decisions of modern times; he did it with Britain united and with the postponement of the issues of Ireland and women's suffrage. He assisted Britain's ultimate success in the war through his early decisions on national mobilisation; the despatch of the British Expeditionary Force to the Western Front, the creation of a mass army, and the development of an industrial strategy designed to support the country's war aims.
But Asquith's technique of acting as mediator among talented cabinet members such as Lloyd George and Winston Churchill was less effective in war than in peace, and setbacks in the war effort forced him to form a coalition government with the Conservatives and Labour early in 1915. Bitter rivalries inside and between the three major parties worsened when Asquith was unable to forge the coalition into a harmonious team. It was weakened by his own indecision over strategy, conscription, and financing. Lloyd George organised his overthrow and replaced him as Prime Minister in December 1916.
Asquith remained as leader of the Liberal Party, but was unable to quell the internal conflict. The party rapidly declined in popularity and was ruined by the 1918 general election. Asquith accepted a peerage in 1925 and died, aged 75, in 1928. His role in creating the modern British welfare state (1906–1911) has been celebrated, but his weaknesses as a war leader and as a party leader after 1914 have been highlighted by historians.