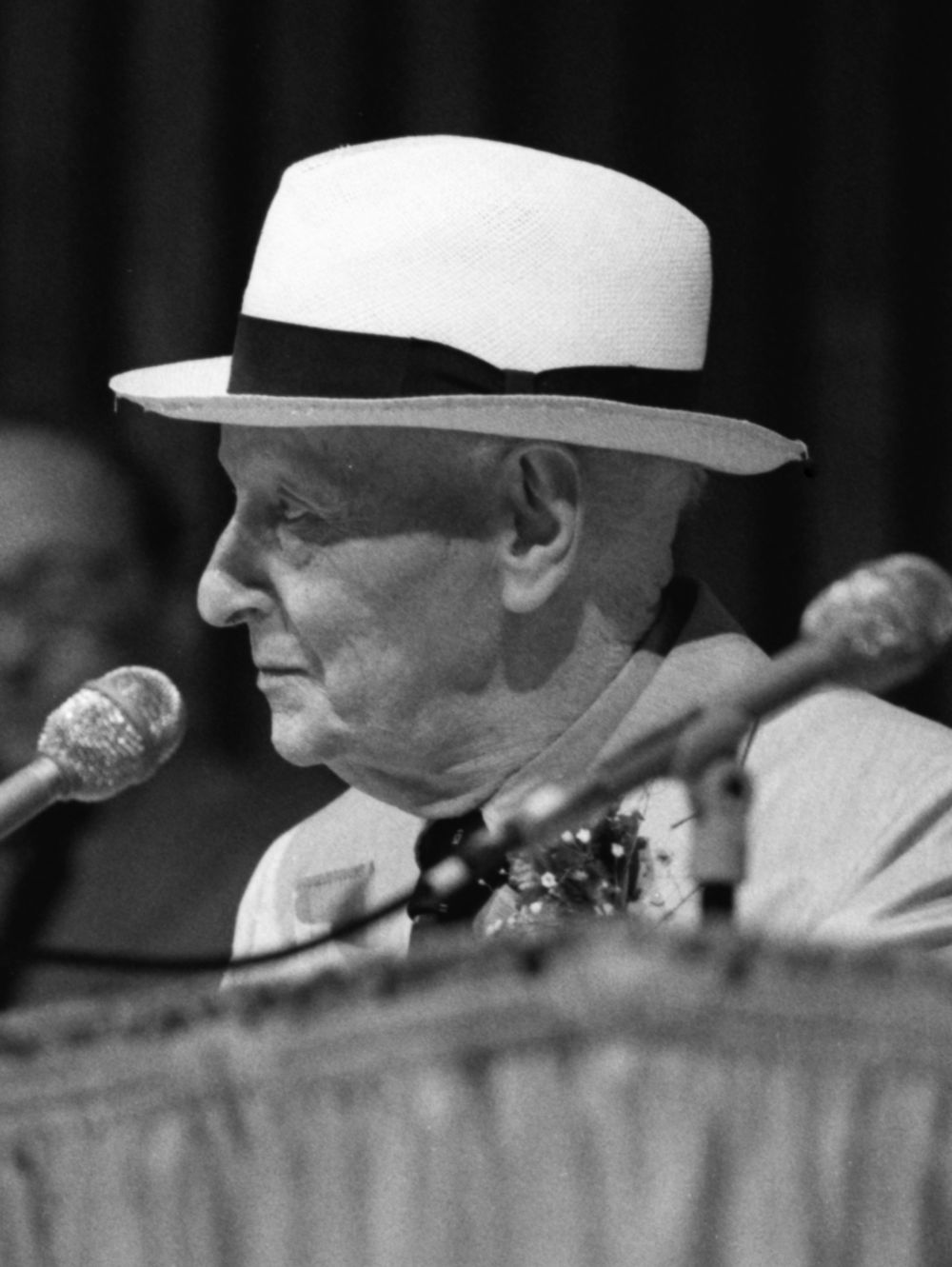 Isaac Bashevis Singer (יצחק באַשעװיס זינגער; November 21, 1902 – July 24, 1991) was a Polish-born Jewish writer in Yiddish, awarded the Nobel Prize in Literature in 1978. The Polish form of his birth name was Icek Hersz Zynger. He used his mother's first name in an initial literary pseudonym, Izaak Baszewis, which he later expanded. He was a leading figure in the Yiddish literary movement, writing and publishing only in Yiddish. He was also awarded two U.S. National Book Awards, one in Children's Literature for his memoir A Day Of Pleasure: Stories of a Boy Growing Up in Warsaw (1970) and one in Fiction for his collection A Crown of Feathers and Other Stories (1974).