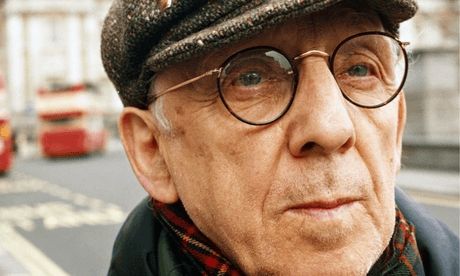 Ivor Cutler (born Isadore Cutler, 15 January 1923 – 3 March 2006) was a Scottish poet, songwriter and humorist. He became known for his regular performances on BBC radio, and in particular his numerous sessions recorded for John Peel's influential eponymous late night radio programme (BBC Radio 1), and later for Andy Kershaw's programme. He appeared in the Beatles' Magical Mystery Tour film in 1967 and on Neil Innes' television programmes. Cutler also wrote books for children and adults and was a teacher at A. S. Neill's Summerhill School and for 30 years in inner-city schools in London. He told Andy Kershaw on his radio show that he also gave private poetry lessons to individuals.
In live performances Cutler would often accompany himself on a harmonium. Phyllis King appears on several of his records, and for several years was a part of his concerts. She usually read small phrases but also read a few short stories. The two starred in a BBC radio series, King Cutler, in which they performed their material jointly and singly. Cutler also collaborated with pianist Neil Ardley and singer Robert Wyatt.