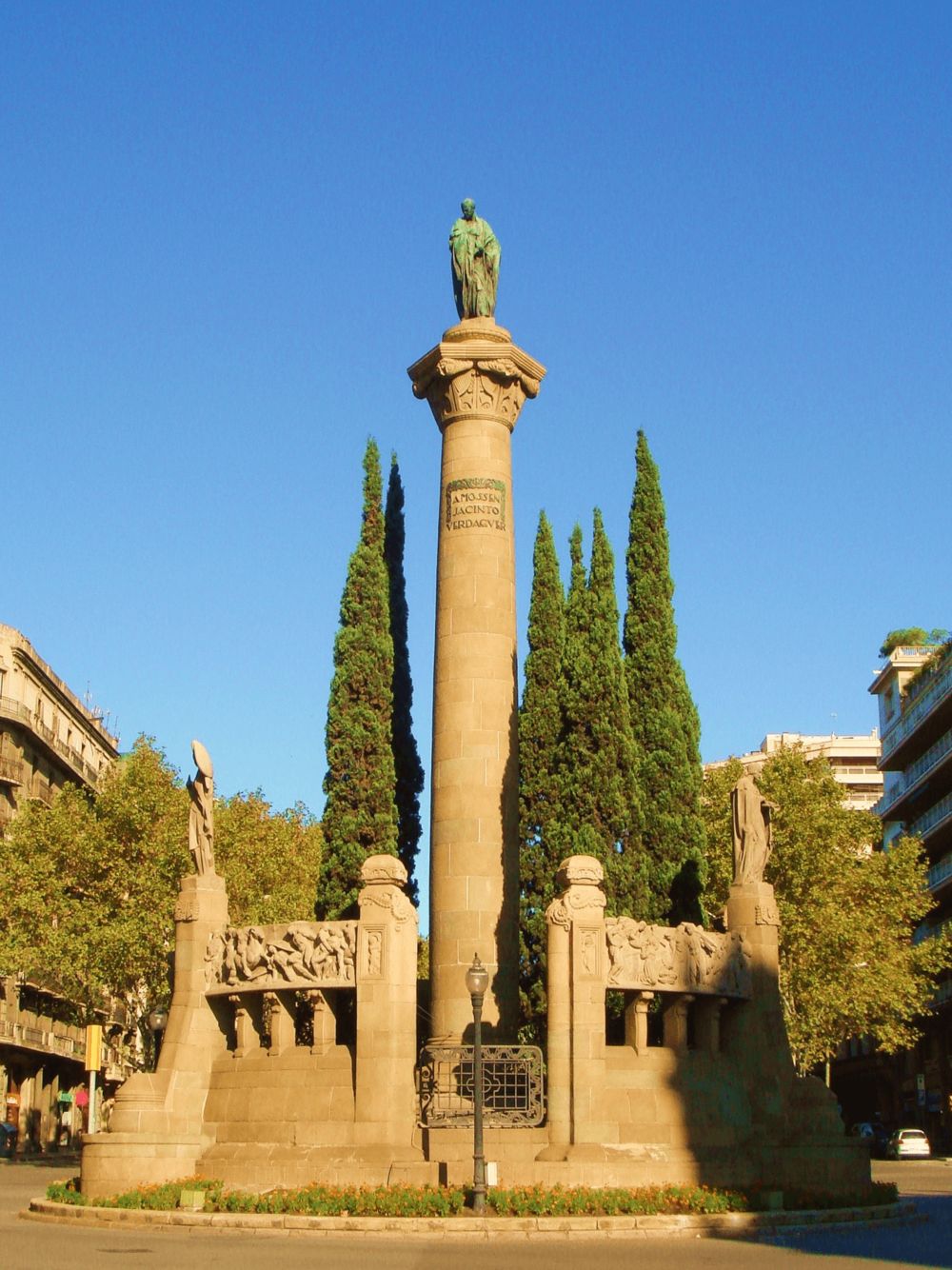 Jacint Verdaguer i Santaló (ʒəˈsim bəɾðəˈɣe; May 17, 1845 – June 10, 1902) was a Catalan writer, regarded as one of the greatest poets of Catalan literature and a prominent literary figure of the Renaixença, a cultural revival movement of the late Romantic era. The bishop Josep Torras i Bages, one of the main figures of Catalan nationalism, called him the "Prince of Catalan poets". He was also known as mossèn (Father) Cinto Verdaguer, because of his career as a priest, and informally also simply "mossèn Cinto" (with Cinto being a short form of Jacint).