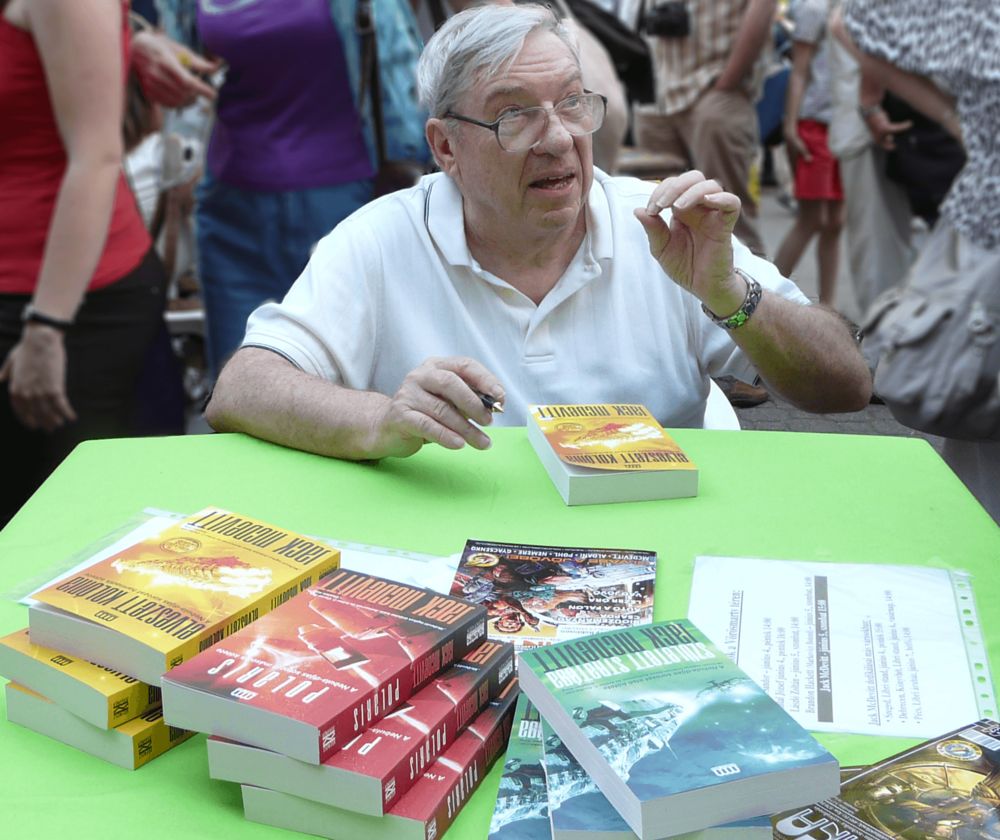 Jack McDevitt (born April 14, 1935) is an American science fiction author whose novels frequently deal with attempts to make contact with alien races, and with archaeology or xenoarchaeology. His two main series are the Alex Benedict series and the Priscilla Hutchins series.
McDevitt's first published story was "The Emerson Effect" in The Twilight Zone Magazine in 1981. Five years later, he published his first novel, The Hercules Text, about the discovery of an intelligently conceived signal whose repercussions threaten human civilization. This novel set the tone for many of McDevitt's following novels, which focused on making first contact. Frequently this theme is mixed with both trepidation before the unknown and a sense of wonder at the universe.
With The Engines of God (1994), McDevitt introduced the idea of a universe that was once teeming with intelligent life, but contains only their abandoned artifacts by the time humans arrive on the scene. Although it was initially written as a standalone novel, the main character of The Engines of God, pilot Priscilla Hutchins, has since appeared in seven more books, Deepsix (2001), Chindi (2002), Omega (2003), Odyssey (2006), Cauldron (2007), StarHawk (2013), and The Long Sunset (2018). The mystery surrounding the destructive "Omega Clouds" (which are introduced in The Engines of God) is left unexplored until Omega.
McDevitt's novels frequently raise questions which he does not attempt to answer. He prefers to leave ambiguities to puzzle and intrigue his readers: "Some things are best left to the reader's very able imagination." The SF Site's Steven H Silver has written about this:
McDevitt has a (probably unintentional) tendency to give the impression that his novels will go in one direction and then take them in a different direction. Or possibly his background is so well thought out, that throw away lines, or subplots, or minor characters, have enough information behind them to make the reader want to see their story as much as the main plot of the book. While slightly annoying, this is, I've decided, a strength of McDevitt's writing since it shows the depth of his created worlds.
The novel Seeker won the 2006 Nebula Award for Best Novel, given by the Science Fiction and Fantasy Writers of America. He has been nominated for the Nebula Award sixteen times; Seeker is his only win.