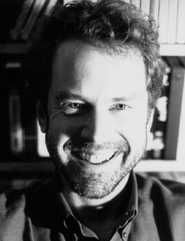 James Robert Baker (October 18, 1947 – November 5, 1997) was an American author of sharply satirical, predominantly gay-themed transgressional fiction. A native Californian, his work is set almost entirely in Southern California. After graduating from UCLA, he began his career as a screenwriter, but became disillusioned and started writing novels instead. Though he garnered fame for his books Fuel-Injected Dreams and Boy Wonder, after the controversy surrounding publication of his novel, Tim and Pete, he faced increasing difficulty having his work published. According to his life partner, this was a contributing factor in his death by suicide.
Baker's work has achieved cult status in the years since his death, and two additional novels have been posthumously published. First-edition copies of his earlier works have become collector's items. His novel Testosterone was adapted to a film of the same name, though it was not a financial success. Two other books have been optioned for films, but they have not been produced.