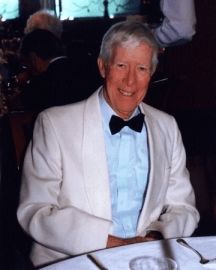 James Neil Sites (March 20, 1924 – October 10, 2015) was an American novelist.
Sites was born in 1924 in Pittsburgh, Pennsylvania.
He served 3½ years in the United States Merchant Marine during World War II, mainly in the North Atlantic and the Mediterranean. He is a journalism graduate of Wayne State in Michigan and a member of the Wayne Honorary Society. His career includes being a powerplant engineer, reporter, editor, publisher, Eisenhower Fellow, Washington public relations/editorial counsellor and government official during the Gerald Ford administration.
He died in Oslo, Norway in October 2015 at the age of 91.