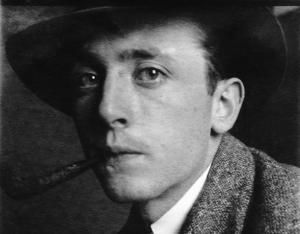 Jan Remco Theodoor Campert (Spijkenisse, August 15, 1902 – January 12, 1943) was a journalist, theater critic and writer who lived in Amsterdam, the Netherlands. During the German occupation of the Netherlands in World War II Campert was arrested for aiding the Jews. He was held in the Neuengamme concentration camp, where he died.
Campert is best known for his poem "Interlanguage link multi:De achttien dooden nl" ("The Eighteen Dead"), describing the execution of 18 resistance workers (15 resistance fighters and 3 communists) by the German occupier. Written in 1941 and based on an account published in Het Parool, the poem was clandestinely published in 1943 as a poetry card ("rijmprent") by what would become publishing house De Bezige Bij to raise money to hide Jewish children.
He was the father of novelist and poet Remco Campert.
commons category:Jan Campert