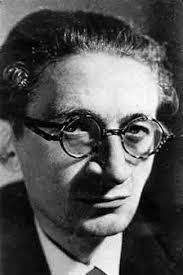 Jean Follain (29 August 1903 – 10 March 1971) was a French author, poet and corporate lawyer. In the early days of his career he was a member of the "Sagesse" group. Follain was a friend of Max Jacob, André Salmon, Jean Paulhan, Pierre Pussy, Armen Lubin, and Pierre Reverdy. He was a contributor to many journals, such as La Nouvelle Revue française, Commerce, Europe, Le Journal des Poètes and Les Cahiers des Saisons. In 1970, he was awarded the Grand Prize of Poetry from L'Académie française for his life's work. A small part of his archives is conserved at the Musée des Beaux-Arts de Saint-Lô in France. Prix littéraire Jean Follain de la Ville de Saint Lô is a literary award honouring his name and contributions to French literature. He studied law in Paris and became a judge. He died in 1971 in a car accident.