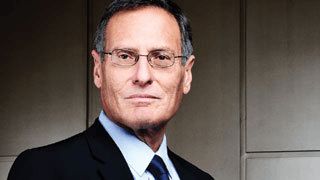 Jerry Estrin (May 6, 1947 – June 22, 1993) was a U.S. poet and magazine editor born in Los Angeles, California. Estrin was founder and editor of the magazines "Vanishing Cab" and "Art and Con".
Estrin received a B.A. in Russian History and Sociology from UCLA in the sixties, an M.A. in English from San Francisco State University in the seventies and an M.A. in Literacy Education from UC Berkeley in 1992. He was married to the poet Laura Moriarty.
Jerry Estrin died in his sleep on June 22, 1993. At the time of his death he was suffering from adrenal cancer. Prior to his death, Estrin organized a public reading of his book Rome, A Mobile Home. Scheduled for June 27, 1993 in Berkeley, California, the event became a group reading and memorial for Estrin instead.