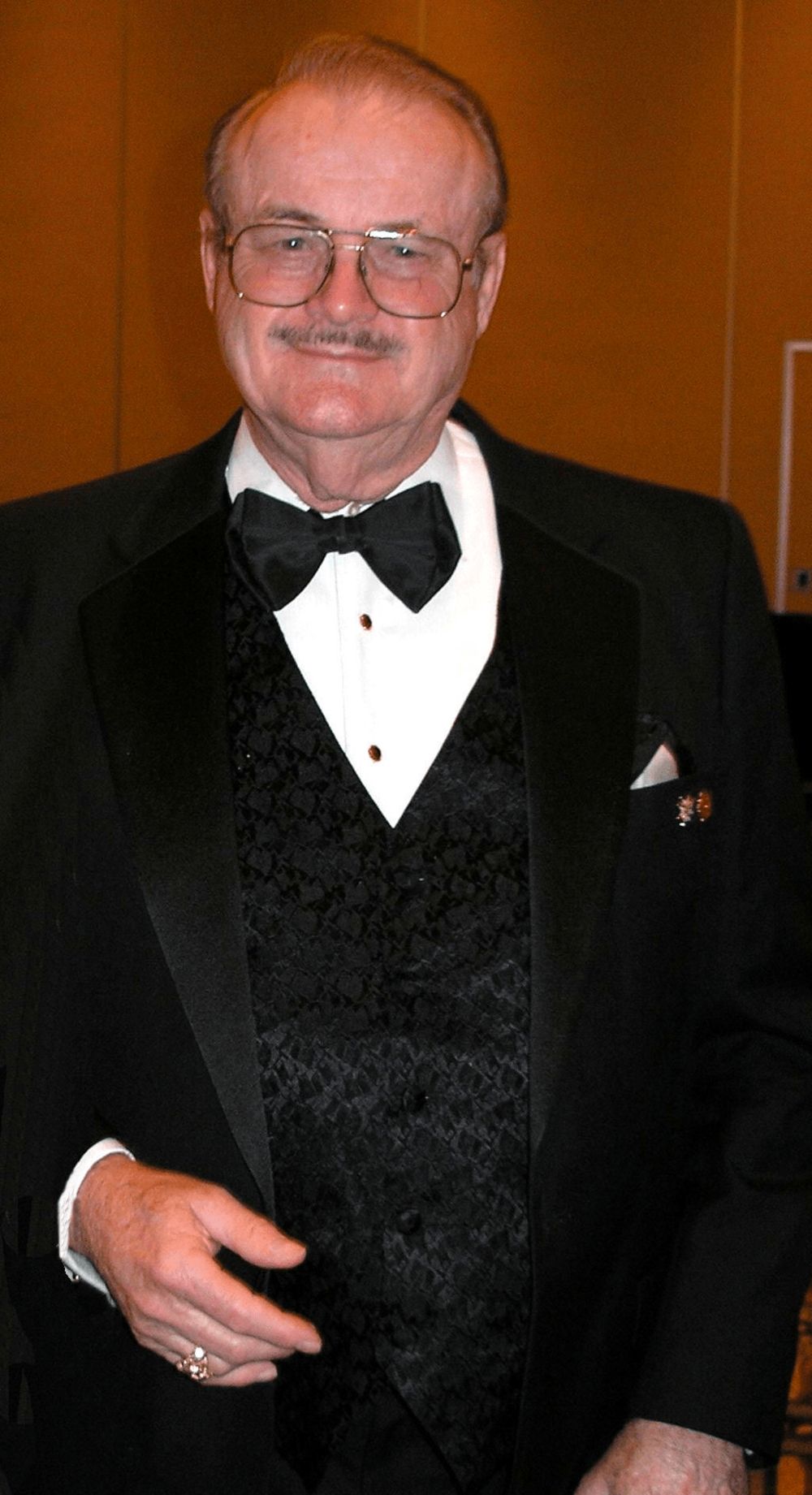 Jerry Eugene Pournelle (August 7, 1933 – September 8, 2017) was an American science fiction writer, essayist, and journalist. In the 1960s and early 1970s he worked in the aerospace industry, but eventually focused on his writing career.
Pournelle is particularly known for writing hard science fiction, and received multiple awards for his writing. In addition to his solo writing, he wrote several novels with collaborators, most notably Larry Niven. Pournelle served a term as President of the Science Fiction and Fantasy Writers of America.
Pournelle was also known for his political views, which were sometimes expressed in his fiction. He was one of the founders of the Citizens' Advisory Council on National Space Policy, which developed some of the Reagan Administration's space initiatives, including the earliest versions of what would become the Strategic Defense Initiative.
Pournelle's journalism focused primarily on the computer industry, astronomy, and space exploration. From the 1970s until the early 1990s, he contributed to the computer magazine Byte. He created one of the first blogs, entitled "Chaos Manor", which included commentary about politics, computer technology, space technology, and science fiction.