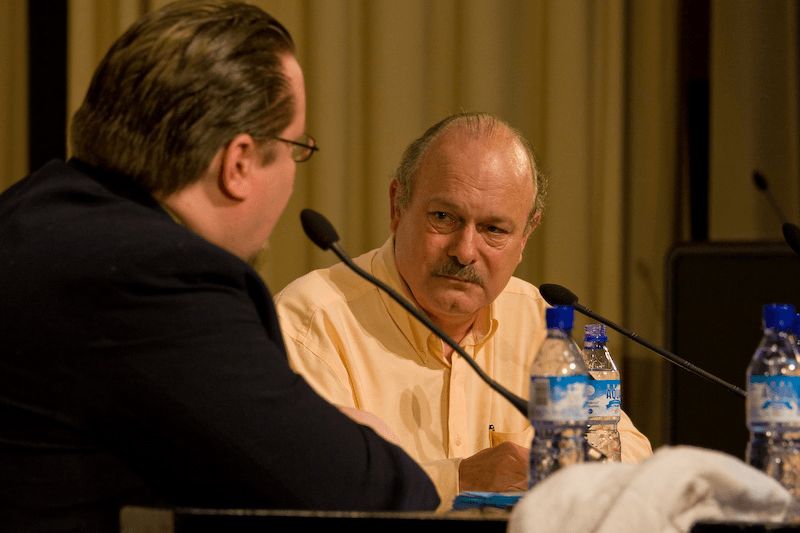 Joe William Haldeman (born June 9, 1943) is an American science fiction author. He is best known for his novel The Forever War (1974). That novel, and other of his works, including The Hemingway Hoax (1991) and Forever Peace (1997), have won major science fiction awards, including the Hugo Award and Nebula Award.
He was awarded the SFWA Grand Master for career achievements. In 2012 he was inducted as a member of the Science Fiction Hall of Fame.
Many of Haldeman's works, including his debut novel War Year and his second novel The Forever War, were inspired by his experiences related to serving in the Vietnam War. Wounded in combat, he struggled to adjust to civilian life after returning home.