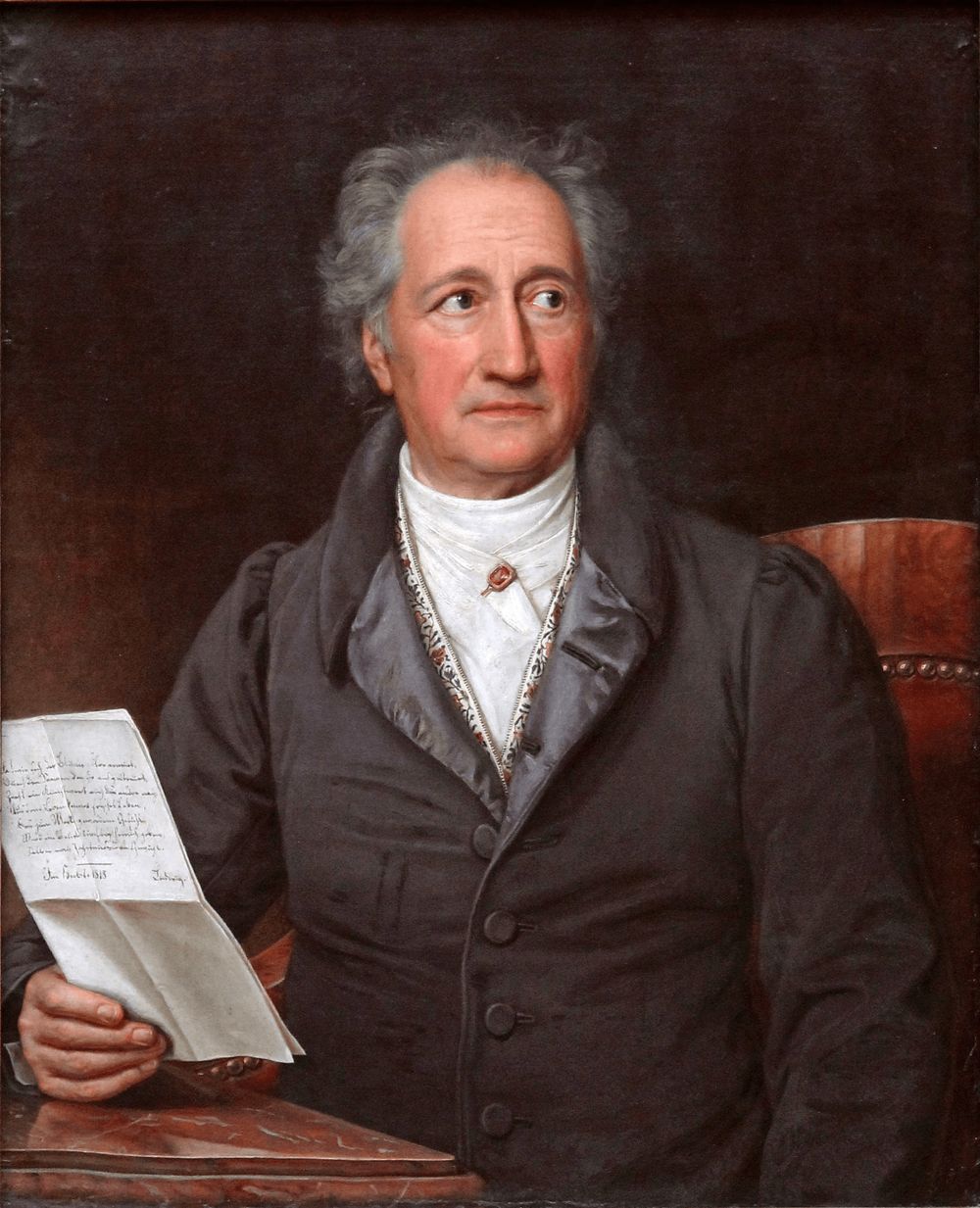 Goethe Göte Goethe (disambiguation) and Gote (disambiguation)
Johann Wolfgang von Goethe (ˈgɜːrtə; ˈjoːhan ˈvɔlfɡaŋ fɔn ˈɡøːtə; 28 August 1749 – 22 March 1832) was a German writer and statesman. His works include four novels; epic and lyric poetry; prose and verse dramas; memoirs; an autobiography; literary and aesthetic criticism; and treatises on botany, anatomy, and color. In addition, there are numerous literary and scientific fragments, more than 10,000 letters, and nearly 3,000 drawings by him extant.
A literary celebrity by the age of 25, Goethe was ennobled by the Duke of Saxe-Weimar, Karl August in 1782 after taking up residence there in November 1775 following the success of his first novel, The Sorrows of Young Werther (1774). He was an early participant in the Sturm und Drang literary movement. During his first ten years in Weimar, Goethe was a member of the Duke's privy council, sat on the war and highway commissions, oversaw the reopening of silver mines in nearby Ilmenau, and implemented a series of administrative reforms at the University of Jena. He also contributed to the planning of Weimar's botanical park and the rebuilding of its Ducal Palace, which in 1998 were together designated a UNESCO World Heritage site under the name Classical Weimar.
Goethe's first major scientific work, the Metamorphosis of Plants, was published after he returned from a 1788 tour of Italy. In 1791, he was made managing director of the theatre at Weimar, and in 1794 he began a friendship with the dramatist, historian, and philosopher Friedrich Schiller, whose plays he premiered until Schiller's death in 1805. During this period, Goethe published his second novel, Wilhelm Meister's Apprenticeship; the verse epic Hermann and Dorothea, and, in 1808, the first part of his most celebrated drama, Faust. His conversations and various common undertakings throughout the 1790s with Schiller, Johann Gottlieb Fichte, Johann Gottfried Herder, Alexander von Humboldt, Wilhelm von Humboldt, and August and Friedrich Schlegel have come to be collectively termed Weimar Classicism.
The German philosopher Arthur Schopenhauer named Wilhelm Meister's Apprenticeship one of the four greatest novels ever written (along with Tristram Shandy, La Nouvelle Héloïse, and Don Quixote), while the American philosopher and essayist Ralph Waldo Emerson selected Goethe as one of six "representative men" in his work of the same name (along with Plato, Emanuel Swedenborg, Montaigne, Napoleon, and Shakespeare). Goethe's comments and observations form the basis of several biographical works, notably Johann Peter Eckermann's Conversations with Goethe.