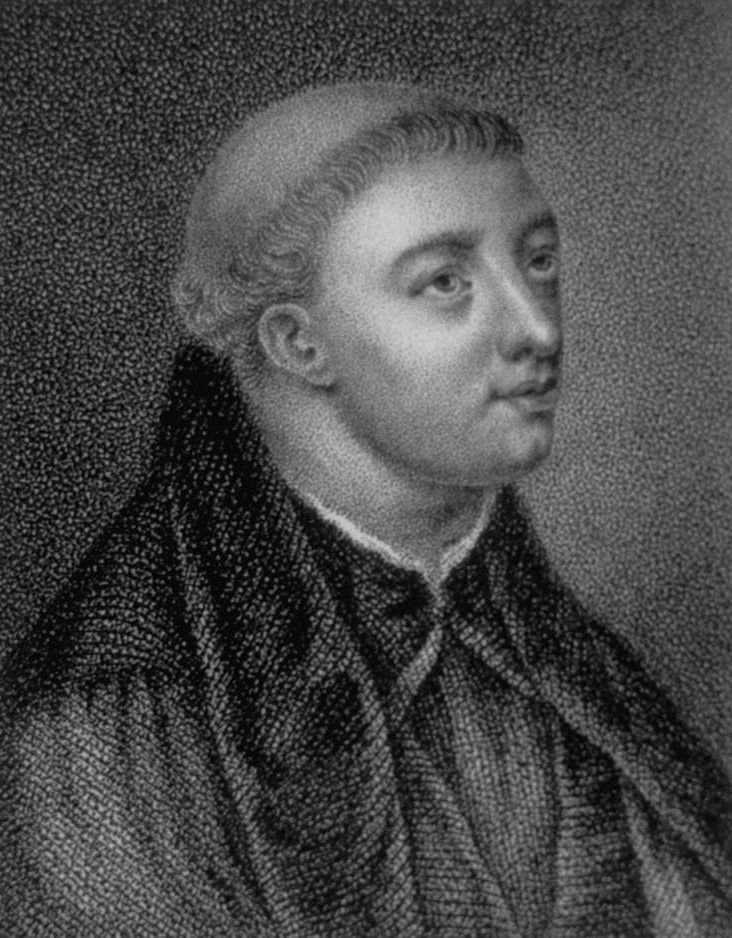 John Lydgate of Bury (c. 1370 – c. 1451) was a monk and poet, born in Lidgate, near Haverhill, Suffolk, England.
Lydgate's poetic output is prodigious, amounting, at a conservative count, to about 145,000 lines. He explored and established every major Chaucerian genre, except such as were manifestly unsuited to his profession, like the fabliau. In the Troy Book (30,117 lines), an amplified translation of the Trojan history of the thirteenth-century Latin writer Guido delle Colonne, commissioned by Prince Henry (later Henry V), he moved deliberately beyond Chaucer's Knight's Tale and his Troilus, to provide a full-scale epic.
The Siege of Thebes (4716 lines) is a shorter excursion in the same field of chivalric epic. The Monk's Tale, a brief catalog of the vicissitudes of Fortune, gives a hint of what is to come in Lydgate's massive Fall of Princes (36,365 lines), which is also derived, though not directly, from Boccaccio's De Casibus Virorum Illustrium.
The Man of Law's Tale, with its rhetorical elaboration of apostrophe, invocation, and digression in what is essentially a saint's legend, is the model for Lydgate's legends of St. Edmund (3693 lines) and St. Alban (4734 lines), both local monastic patrons, as well as for many shorter saints' lives, though not for the richer and more genuinely devout Life of Our Lady (5932 lines).