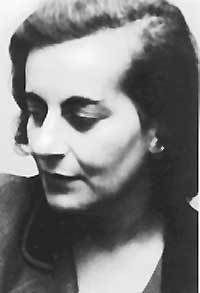 Judith Josephine Grossman (January 21, 1923 – September 12, 1997), who took the pen-name Judith Merril about 1945, was an American and then Canadian science fiction writer, editor and political activist, and one of the first women to be widely influential in those roles.
Although Judith Merril's first paid writing was in other genres, in her first few years of writing published science fiction she wrote her three novels (all but the first in collaboration with C.M. Kornbluth) and some stories. Her roughly four decades in that genre also included writing 26 published short stories, and editing a similar number of anthologies.