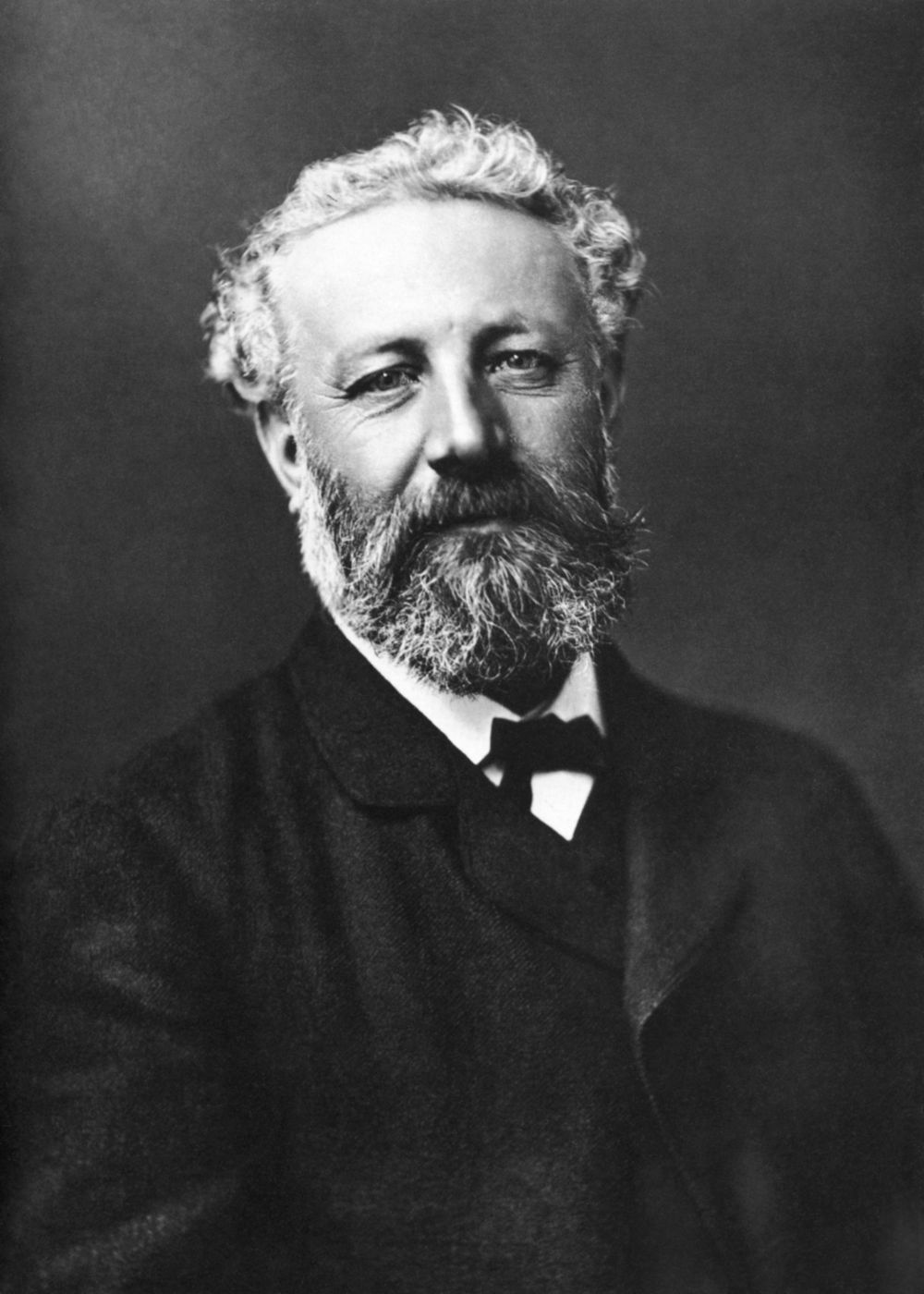 Jules Gabriel Verne (vɜrn; ʒyl vɛʁn; 8 February 1828 – 24 March 1905) was a French novelist, poet, and playwright.
Verne was born in the seaport of Nantes, where he was trained to follow in his father's footsteps as a lawyer, but quit the profession early in life to write for magazines and the stage. His collaboration with the publisher Pierre-Jules Hetzel led to the creation of the Voyages extraordinaires, a widely popular series of scrupulously researched adventure novels including Journey to the Center of the Earth (1864), Twenty Thousand Leagues Under the Sea (1870), and Around the World in Eighty Days (1873).
Verne is generally considered a major literary author in France and most of Europe, where he has had a wide influence on the literary avant-garde and on surrealism.Angenot 1973 His reputation is markedly different in Anglophone regions, where he has often been labeled a writer of genre fiction or children's books, largely because of the highly abridged and altered translations in which his novels are often reprinted.Evans 2000
Verne has been the second most-translated author in the world since 1979, ranking between Agatha Christie and William Shakespeare.UNESCO 2013 He has sometimes been called the "Father of Science Fiction", a title that has also been given to H. G. Wells and Hugo Gernsback.