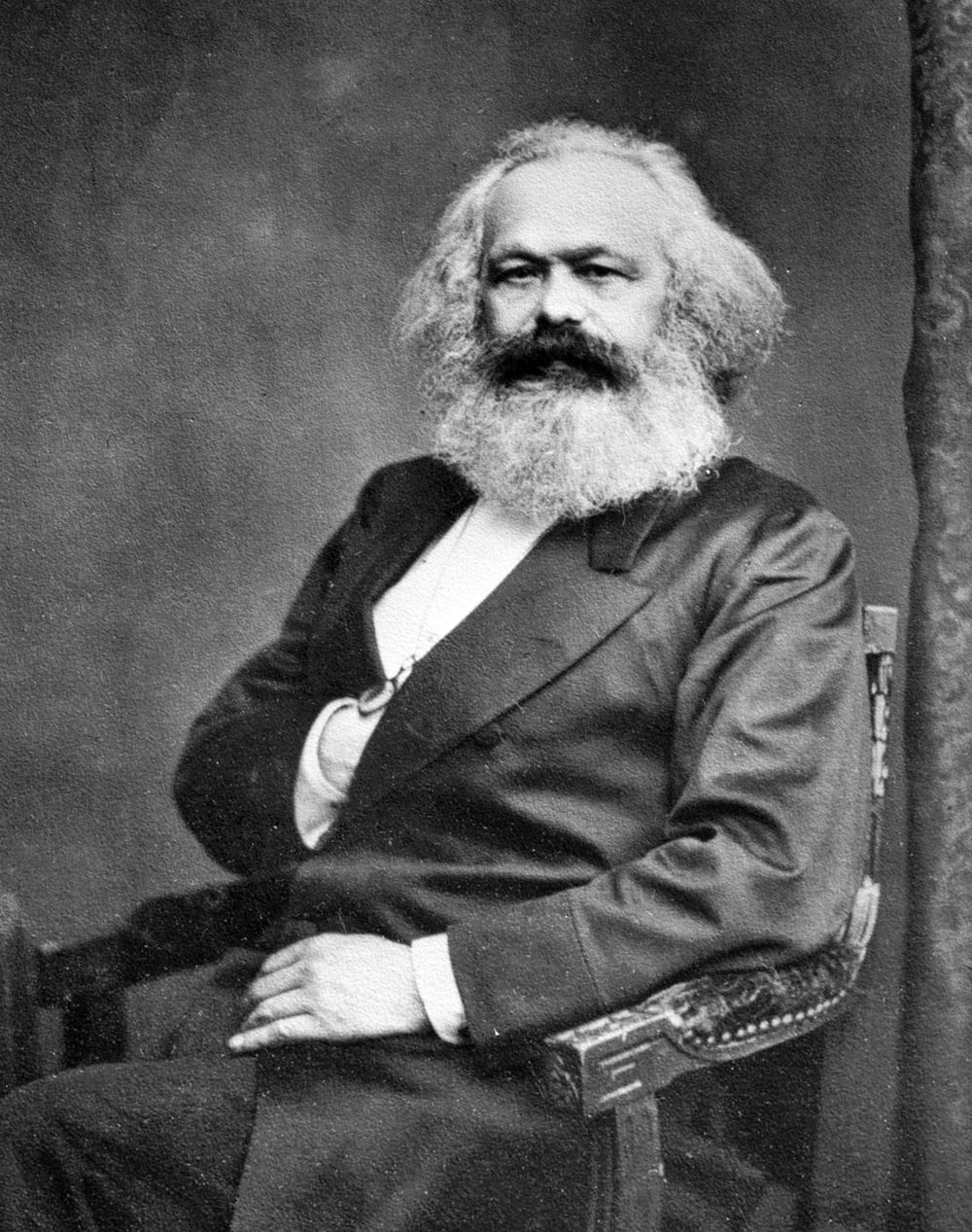 Karl Marx (maɐ̯ks; 5 May 1818 – 14 March 1883) was a German philosopher, economist, historian, political theorist, sociologist, journalist and revolutionary socialist.
Born in Trier to a middle-class family, Marx studied law and Hegelian philosophy. Due to his political publications, Marx became stateless and lived in exile in London, where he continued to develop his thought in collaboration with German thinker Friedrich Engels and publish his writings, researching in the reading room of the British Museum. His best-known titles are the 1848 pamphlet, The Communist Manifesto, and the three-volume Das Kapital. His political and philosophical thought had enormous influence on subsequent intellectual, economic and political history and his name has been used as an adjective, a noun and a school of social theory.
Marx's theories about society, economics and politics—collectively understood as Marxism—hold that human societies develop through class struggle. In capitalism, this manifests itself in the conflict between the ruling classes (known as the bourgeoisie) that control the means of production and the working classes (known as the proletariat) that enable these means by selling their labour power in return for wages. Employing a critical approach known as historical materialism, Marx predicted that, like previous socio-economic systems, capitalism produced internal tensions which would lead to its self-destruction and replacement by a new system: socialism. For Marx, class antagonisms under capitalism, owing in part to its instability and crisis-prone nature, would eventuate the working class' development of class consciousness, leading to their conquest of political power and eventually the establishment of a classless, communist society constituted by a free association of producers. Marx actively pressed for its implementation, arguing that the working class should carry out organised revolutionary action to topple capitalism and bring about socio-economic emancipation.
Marx has been described as one of the most influential figures in human history, and his work has been both lauded and criticised. His work in economics laid the basis for much of the current understanding of labour and its relation to capital, and subsequent economic thought. Many intellectuals, labour unions, artists and political parties worldwide have been influenced by Marx's work, with many modifying or adapting his ideas. Marx is typically cited as one of the principal architects of modern social science.