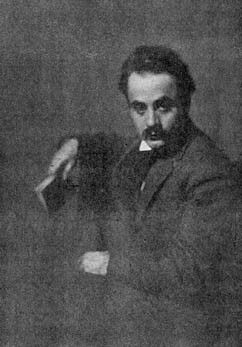 Gebran Gibran Khalil Gibran (dʒɪˈbrɑːn); sometimes spelled Kahlil;Due to a mistake at a school in the United States, he was registered as Kahlil Gibran, the spelling he used thenceforth. Other sources use Khalil Gibran, reflecting the typical English spelling of the forename Khalil. In academic contexts, his name is sometimes spelled Jubrān Khalīl Jubrān, Jibrān Khalīl Jibrān, or, more rarely, Jibrān Xalīl Jibrān. full Arabic name Gibran Khalil Gibran (جبران خليل جبران / ALA-LC: Jubrān Khalīl Jubrān or Jibrān Khalīl Jibrān) (January 6, 1883 – April 10, 1931) was a Lebanese-American writer, poet, visual artist and Syrian nationalist.
Gibran was born in the town of Bsharri in the Mount Lebanon Mutasarrifate, Ottoman Empire (modern-day Lebanon), to Khalil Gibran and Kamila Gibran (Rahmeh). As a young man Gibran emigrated with his family to the United States, where he studied art and began his literary career, writing in both English and Arabic. In the Arab world, Gibran is regarded as a literary and political rebel. His romantic style was at the heart of a renaissance in modern Arabic literature, especially prose poetry, breaking away from the classical school. In Lebanon, he is still celebrated as a literary hero.
A member of the New York Pen League, he is chiefly known in the English-speaking world for his 1923 book The Prophet, an early example of inspirational fiction including a series of philosophical essays written in poetic English prose. The book sold well despite a cool critical reception, gaining popularity in the 1930s and again especially in the 1960s counterculture. Gibran is the third-best-selling poet of all time, behind Shakespeare and Laozi.