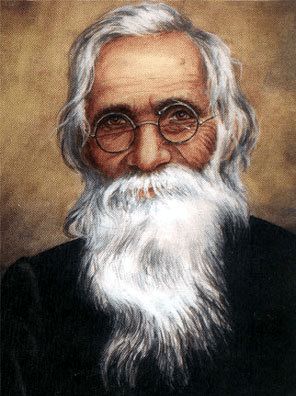 Lekhnath Paudyal (लेखनाथ पौड्याल; 1885–1966) is regarded as the founding father of modern Nepali poetry literature (Kabi Shiromani) in the twentieth-century. His most important contribution is believed to be to the enrichment and refinement of the language rather than to its philosophical breadth. The best of Lekhnath's poems adhered to the old-fashioned conventions of Sanskrit poetics (kavya). Lekhnath, the first modern Nepali poet, wrote in the classical style of Nepali poetry. His poems possessed a formal dignity that had been lacking in most earlier works in Nepali; many of them confirmed in their outlook with the philosophy of orthodox Vedanta, although others were essentially original in their tone and inspiration. His poems are very much popular, and often mentioned contemporary social and political issues. It is believed there were the first glimmerings of the poetic spirit that was to come after him.