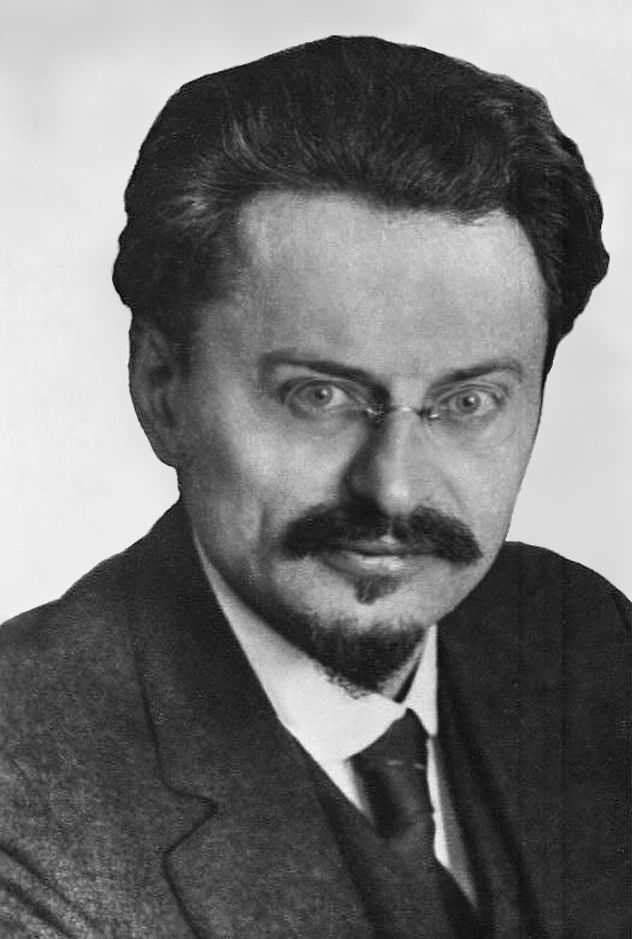 6 Trotsky Trotski Trotskiy Trotskii Trotskij Trockij Trotski (disambiguation) Leon Trotsky; also transliterated Lyev, Trotski, Trotskij, Trockij and Trotzky. (ˈtrɒtski; born Lev Davidovich Bronstein;Russian and Лев (Лейба) Дави́дович Бронште́йн 7 November 1879 26 October – 21 August 1940) was a Russian revolutionary, Marxist theorist, and Soviet politician whose particular strain of Marxist thought is known as Trotskyism.
Initially supporting the Menshevik Internationalists faction within the Russian Social Democratic Labour Party, he joined the Bolsheviks ("majority") just before the 1917 October Revolution, immediately becoming a leader within the Communist Party. He would go on to become one of the seven members of the first Politburo, founded in 1917 to manage the Bolshevik Revolution.
During the early days of the Russian Soviet Federative Socialist Republic (RSFSR) and the Soviet Union, he served first as People's Commissar for Foreign Affairs and later as the founder and commander of the Red Army, with the title of People's Commissar of Military and Naval Affairs. He became a major figure in the Bolshevik victory in the Russian Civil War (1918–1922).
After leading a failed struggle of the Left Opposition against the policies and rise of Joseph Stalin in the 1920s and against the increasing role of bureaucracy in the Soviet Union, Trotsky was removed as Commissar for Military and Naval Affairs (January 1925), removed from the Politburo (October 1926), removed from the Central Committee (October 1927), expelled from the Communist Party (November 1927), exiled to Alma–Ata (January 1928), and exiled from the Soviet Union (February 1929). As the head of the Fourth International, Trotsky continued to oppose the Stalinist bureaucracy in the Soviet Union while in exile.
Trotsky was assassinated in Mexico City by Ramón Mercader, a Spanish-born NKVD agent. On 20 August 1940, Mercader attacked Trotsky with an ice axe and Trotsky died the next day in a hospital. Mercader acted upon instruction from Stalin and was nearly beaten to death by Trotsky's bodyguards, and spent the next 20 years in a Mexican prison for the murder. Stalin presented Mercader with an Order of Lenin in absentia.
Trotsky's ideas formed the basis of Trotskyism, a major school of Marxist thought that opposes the theories of Stalinism. He was written out of the history books under Stalin, and was one of the few Soviet political figures who was not rehabilitated by the government under Nikita Khrushchev in the 1950s.