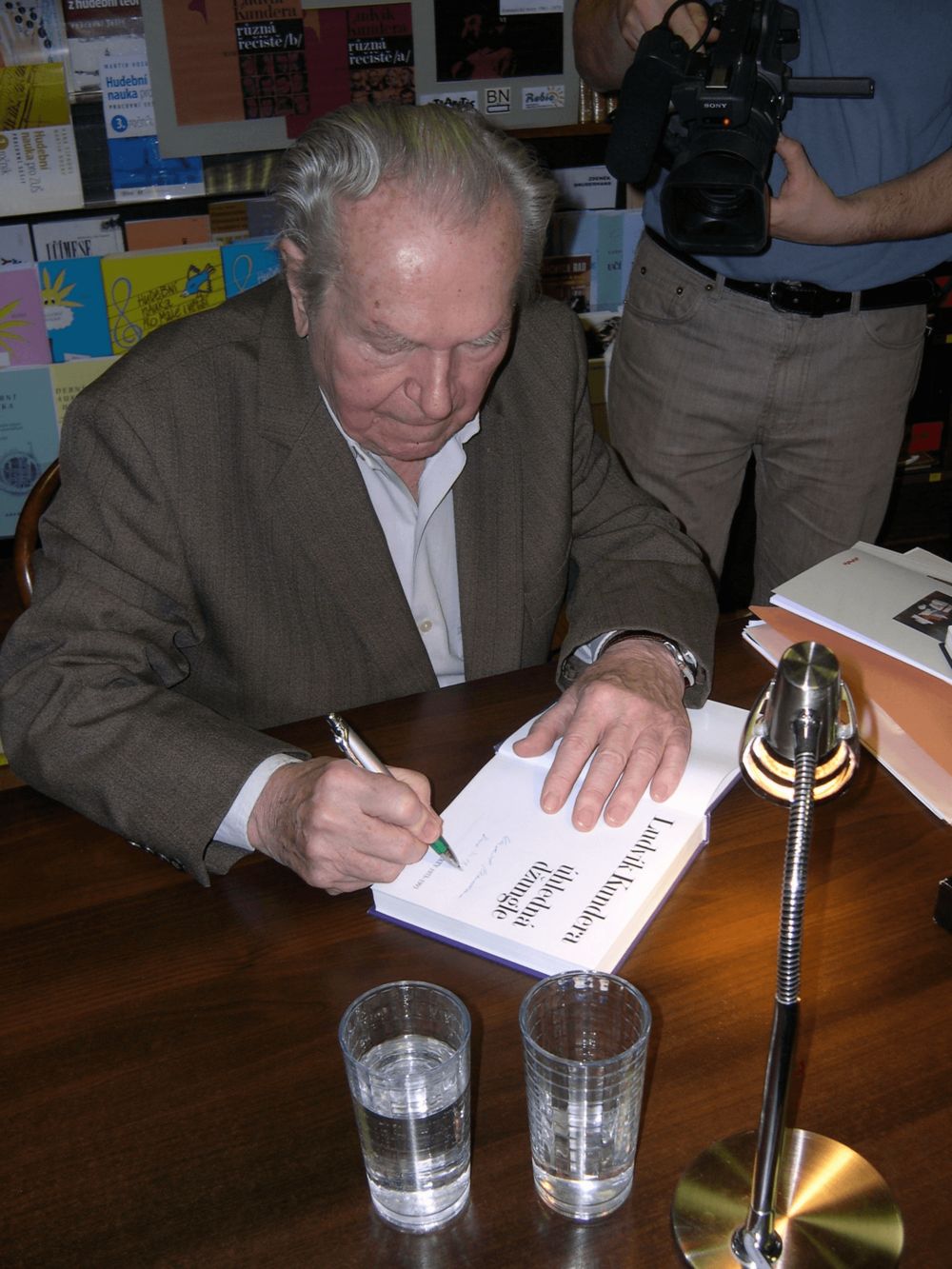 Ludvík Kundera (22 March 1920 – 17 August 2010) was a Czech writer, translator, poet, playwright, editor and literary historian. He was a notable exponent of the Czech avant-garde literature and a prolific translator of German authors. In 2007, he received the Medal of Merit for service to the Republic. In 2009, he was awarded the Jaroslav Seifert Award, presented by the Charter 77 Foundation. Kundera was a cousin of Czech-French writer Milan Kundera and nephew of the pianist and musicologist also named Ludvík Kundera.