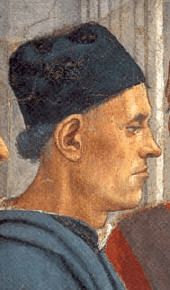 the composer Gino Redi Luigi Pulci (luˈiːdʒi ˈpultʃi; 15 August 1432 – 11 November 1484) was an Italian poet best known for his Morgante, an epic and parodistic poem about a giant who is converted to Christianity by Orlando and follows the knight in many adventures.
Pulci was born in Florence. His patrons were the Medicis, especially Lorenzo Medici, who sent Pulci on diplomatic missions. Even so, sometime around 1470 Pulci needed more money and went into the service of Robert Sanseverino, a northern condottiere.
His brother Luca (1431–1470) was also a writer. His brother Luca's works, all in the Italian language, include Pistole, Driadeo d'amore, and Ciriffo Calvaneo.