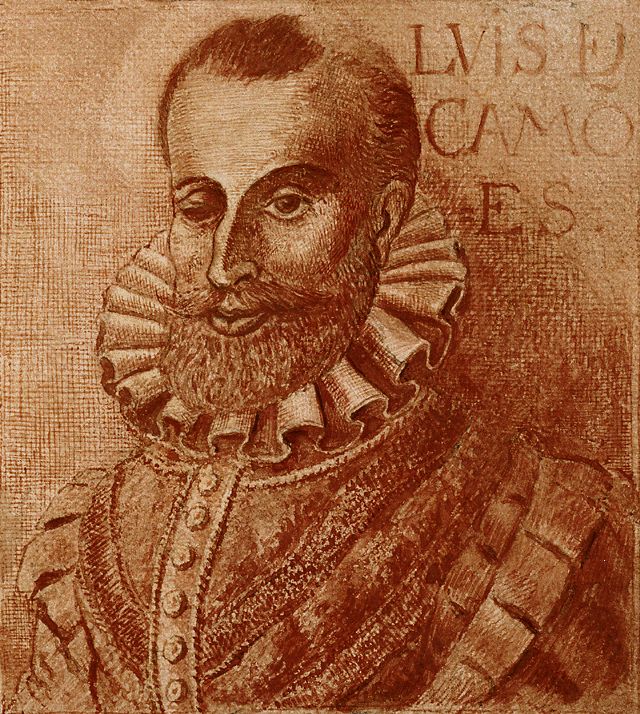 Camões other uses Camoes (disambiguation) Portuguese name:Vaz Camões Luís Vaz de Camões (luˈiʒ ˈvaʒ dɨ kaˈmõjʃ; sometimes rendered in English as Camoens or Camoëns, e.g. by Byron in English Bards and Scotch Reviewers, ˈkæm_oʊˌənz; c. 1524 or 1525 – 10 June 1580) is considered Portugal's and the Portuguese language's greatest poet. His mastery of verse has been compared to that of Shakespeare, Vondel, Homer, Virgil and Dante. He wrote a considerable amount of lyrical poetry and drama but is best remembered for his epic work Os Lusíadas (The Lusiads). His collection of poetry The Parnasum of Luís de Camões was lost in his lifetime. The influence of his masterpiece Os Lusíadas is so profound that Portuguese is sometimes called the "language of Camões".