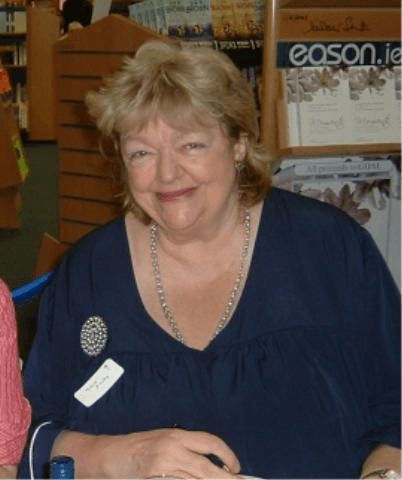 Maeve Binchy Snell (28 May 1939 – 30 July 2012), known as Maeve Binchy, was an Irish novelist, playwright, short story writer, columnist, and speaker best known for her sympathetic and often humorous portrayal of small-town life in Ireland, her descriptive characters, her interest in human nature, and her often clever surprise endings. Her novels, which were translated into 37 languages, sold more than 40 million copies worldwide, and her death at age 73, announced by Vincent Browne on Irish television late on 30 July 2012, was mourned as the death of one of Ireland's best-loved and most recognisable writers.
She appeared in the US market, featuring on The New York Times best-seller list and in Oprah's Book Club. Recognised for her "total absence of malice" and generosity to other writers, she finished 3rd in a 2000 poll for World Book Day, ahead of Jane Austen, Charles Dickens, and Stephen King.