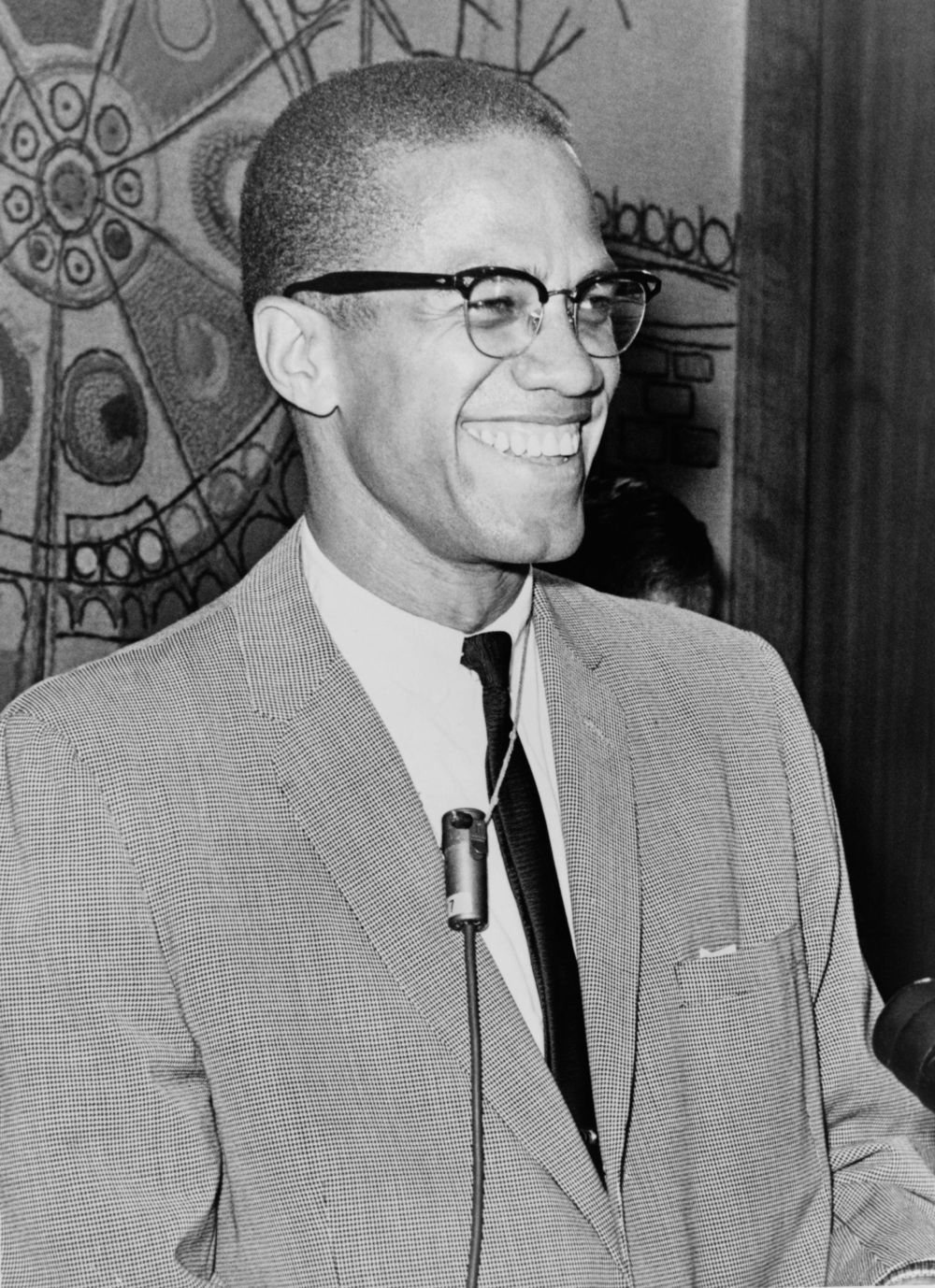 Malcolm X (1925-1965) was an American Muslim minister and human rights activist. To his admirers he was a courageous advocate for the rights of blacks, a man who indicted white America in the harshest terms for its crimes against black Americans; detractors accused him of preaching racism and violence. He has been called one of the greatest and most influential African Americans in history.
His father was killed when he was six and his mother was placed in a mental hospital when he was thirteen, after which he lived in a series of foster homes. In 1946, at age 20, he went to prison for larceny and breaking and entering. While in prison, he became a member of the Nation of Islam (NOI), changing his birth name Malcolm Little to MalcolmX because, he later wrote, Little was the name that "the white slavemaster... had imposed upon paternal forebears". After his parole in 1952 he quickly rose to become one of the organization's most influential leaders, serving as the public face of the controversial group for a dozen years. In his autobiography, MalcolmX wrote proudly of some of the social achievements the Nation made while he was a member, particularly its free drug rehabilitation program. The Nation promoted black supremacy, advocated the separation of black and white Americans, and rejected the civil rights movement for its emphasis on integration.
By March 1964, MalcolmX had grown disillusioned with the Nation of Islam and its leader Elijah Muhammad. Expressing many regrets about his time with them, which he had come to regard as largely wasted, he embraced Sunni Islam. After a period of travel in Africa and the Middle East, which included completing the Hajj, he also became known as el-Hajj Malik el-Shabazz.الحاجّ مالك الشباز; al-ħad͡ʒː malik aʃːabaːz. This name includes the honorific El-Hajj, given on completion of the Hajj to Mecca. He repudiated the Nation of Islam, disavowed racism and founded Muslim Mosque, Inc. and the Organization of Afro-American Unity. He continued to emphasize Pan-Africanism, black self-determination, and black self-defense.
On February 21, 1965, he was assassinated by three members of the Nation of Islam.