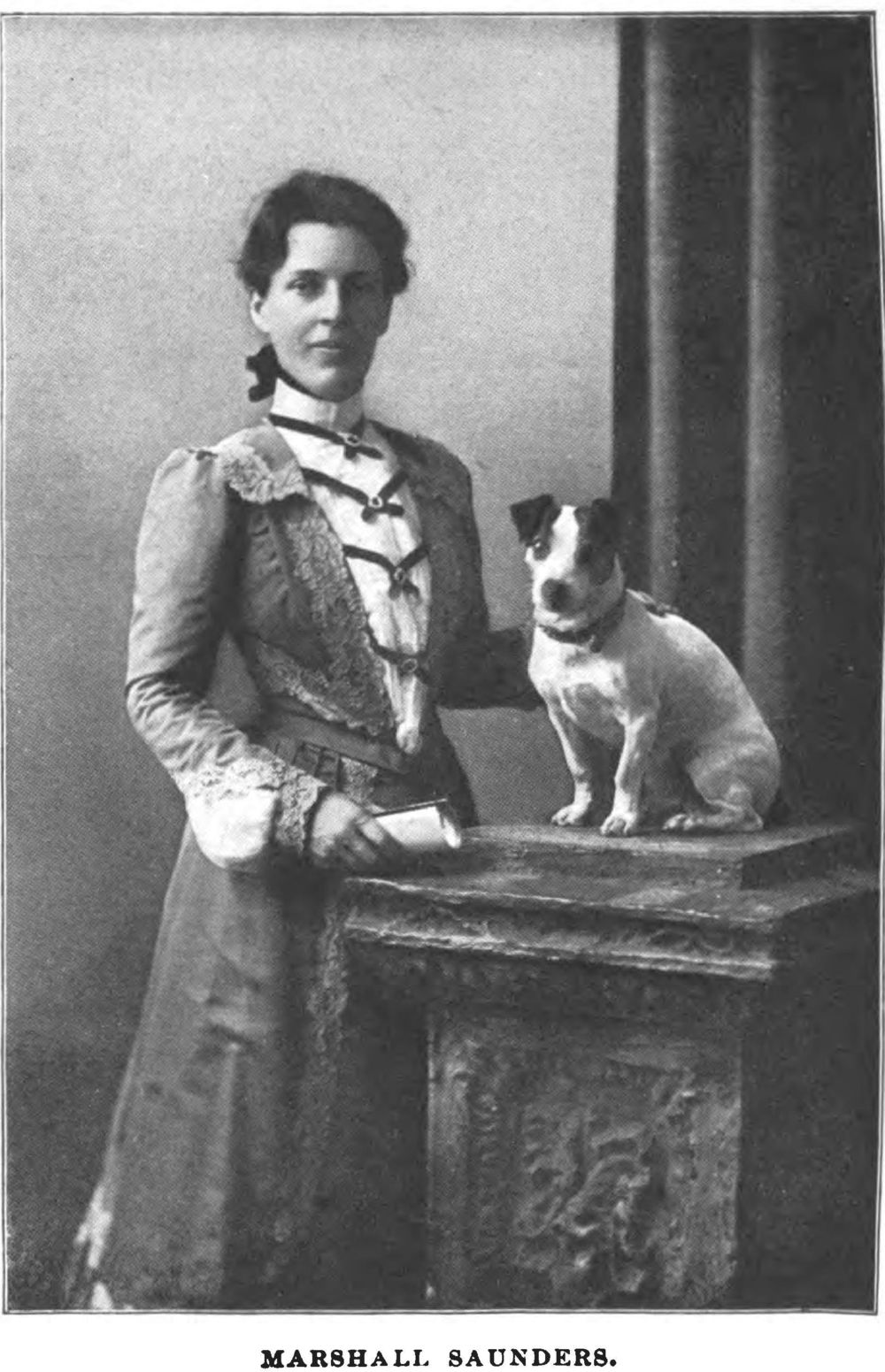 Margaret Marshall Saunders CBE (May 13, 1861 – February 15, 1947) was a prolific Canadian writer of children's stories and romance novels, a lecturer, and an animal rights advocate. She was an active member of the Local Council of Women of Halifax.
Saunders was born in the village of Milton, Nova Scotia, though she spent most of her childhood in Berwick, Nova Scotia where her father was a Baptist minister.
Saunders is most famous for her novel Beautiful Joe. It tells the true story of a dog from Meaford, Ontario that had his ears and tail chopped off by an abusive owner as a puppy, but is rescued by a Meaford family whose lives he later saves. The story is written from the dog's point of view, and is often compared to Black Beauty which was released a few years earlier.
In 1889 Saunders submitted Beautiful Joe to the American Humane Education Society Prize Competition "Kind and Cruel Treatment of Domestic Animals and Birds in the Northern States", and won a prize of $200. When the book was brought to publication in 1893, both the book and its subject received worldwide attention. It was the first Canadian book to sell over a million copies, and by the late 1930s had sold over seven million copies worldwide. It was also translated into many languages, including Esperanto.
About Beautiful Joe, Marshall Saunders commented, "I have had the honour of leading the old Ontario dog around the world on a chain of translations and rejoice in the report that he has become quite a propagandist for humanitarianism".
Following the success of Beautiful Joe, Saunders wrote more than twenty other stories, a number of which provided social commentary on such things as the abolition of child labor, slum clearance, and the improvement of playground facilities.
Saunders also wrote newspaper articles about supervised playgrounds for city children and other social issues in the Halifax Morning Chronicle and the Toronto Globe. She also lectured frequently, and belonged to many organizations including various humane societies, and the Canadian Women's Press Club which she co-founded with fellow Canadian author Lucy Maud Montgomery.
In 1914, Saunders moved into 66 St. George Street in downtown Toronto, and later moved in with her younger sister at 62 Glengowan Avenue. Margaret's house was always filled with pets including at one time 28 canaries. She had a tendency to name her pets after the locations where they had been found, and once had a pigeon named 38 Front Street, and a dog named Johnny Doorstep.
In 1934, at age 73, Margaret was awarded Commander of the Order of the British Empire (C.B.E.), which at that time was Canada's highest civilian honour. That same year she also received a medal from the Societe Protectice des Animaux in Paris, France.
Saunders died in 1947 in Toronto, Ontario where she had lived for a number of years. She is buried in Mount Pleasant Cemetery in Toronto.
In 1994, the Beautiful Joe Heritage Society was formed to celebrate the life and story of Beautiful Joe and the achievements of Margaret Marshall Saunders. A park dedicated to Beautiful Joe has been established in Meaford, Ontario, Canada