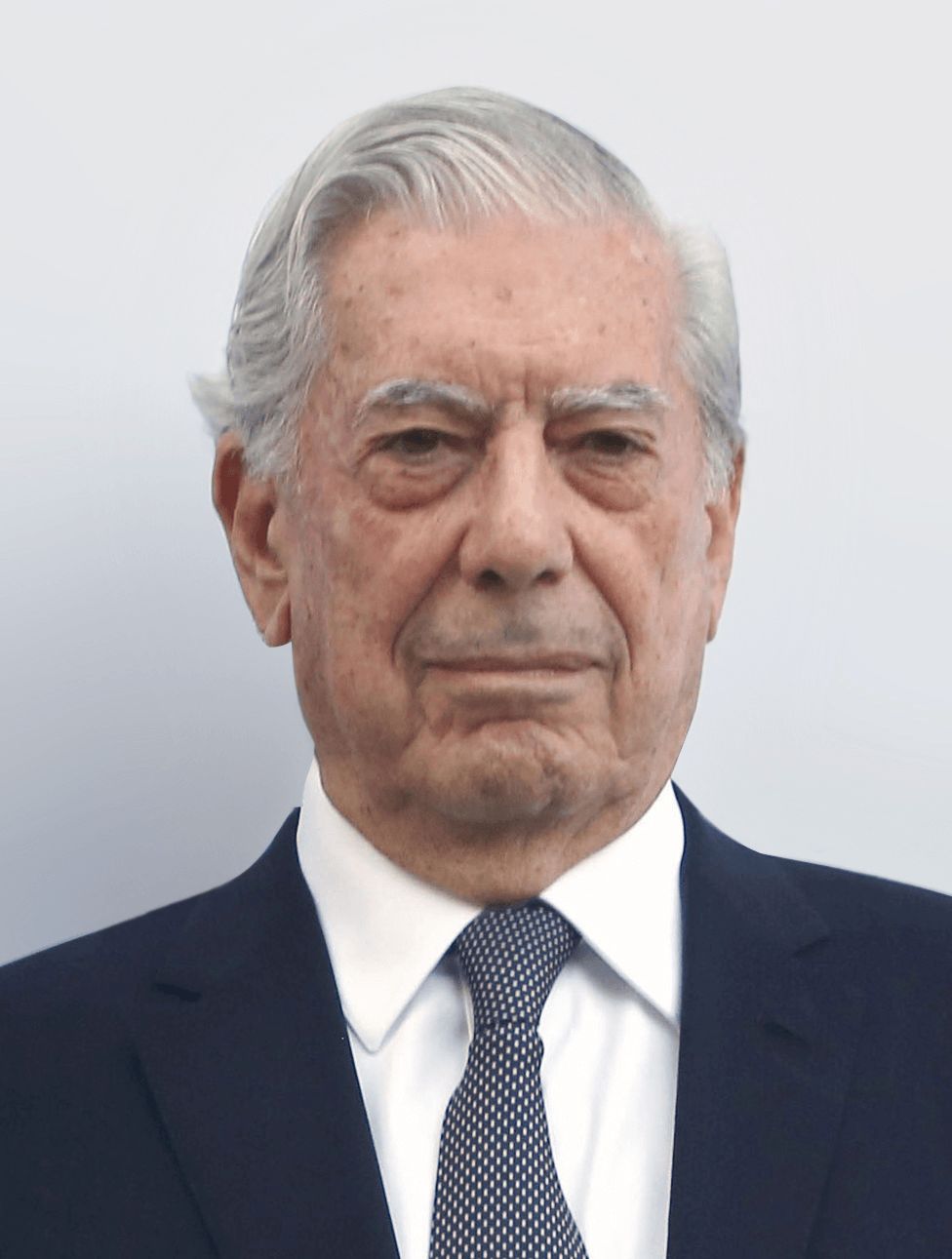 Jorge Mario Pedro Vargas Llosa, 1st Marquis of Vargas Llosa (born March 28, 1936), more commonly known as Mario Vargas Llosa (ˈvɑrgəs_ˈjoʊsə; ˈmaɾjo ˈβaɾgas ˈʎosa), is a Peruvian writer, politician, journalist, essayist and college professor. Vargas Llosa is one of Latin America's most significant novelists and essayists, and one of the leading writers of his generation. Some critics consider him to have had a larger international impact and worldwide audience than any other writer of the Latin American Boom. In 2010 he won the Nobel Prize in Literature, "for his cartography of structures of power and his trenchant images of the individual's resistance, revolt, and defeat."
Vargas Llosa rose to fame in the 1960s with novels such as The Time of the Hero (La ciudad y los perros, literally The City and the Dogs, 1963/1966), The Green House (La casa verde, 1965/1968), and the monumental Conversation in the Cathedral (Conversación en la catedral, 1969/1975). He writes prolifically across an array of literary genres, including literary criticism and journalism. His novels include comedies, murder mysteries, historical novels, and political thrillers. Several, such as Captain Pantoja and the Special Service (1973/1978) and Aunt Julia and the Scriptwriter (1977/1982), have been adapted as feature films.
Many of Vargas Llosa's works are influenced by the writer's perception of Peruvian society and his own experiences as a native Peruvian. Increasingly, however, he has expanded his range, and tackled themes that arise from other parts of the world. In his essays, Vargas Llosa has made many criticisms of nationalism in different parts of the world. Another change over the course of his career has been a shift from a style and approach associated with literary modernism, to a sometimes playful postmodernism.
Like many Latin American writers, Vargas Llosa has been politically active throughout his career; over the course of his life, he has gradually moved from the political left towards more right-wing liberalism. While he initially supported the Cuban revolutionary government of Fidel Castro, Vargas Llosa later became disenchanted with its policies, particularly after the imprisonment of Cuban poet Heberto Padilla in 1971. He ran for the Peruvian presidency in 1990 with the center-right Frente Democrático coalition, advocating classical liberal reforms, but lost the election to Alberto Fujimori. He is the person who, in 1990, "coined the phrase that circled the globe," declaring on Mexican television, "Mexico is the perfect dictatorship," a statement which became an adage during the following decade.