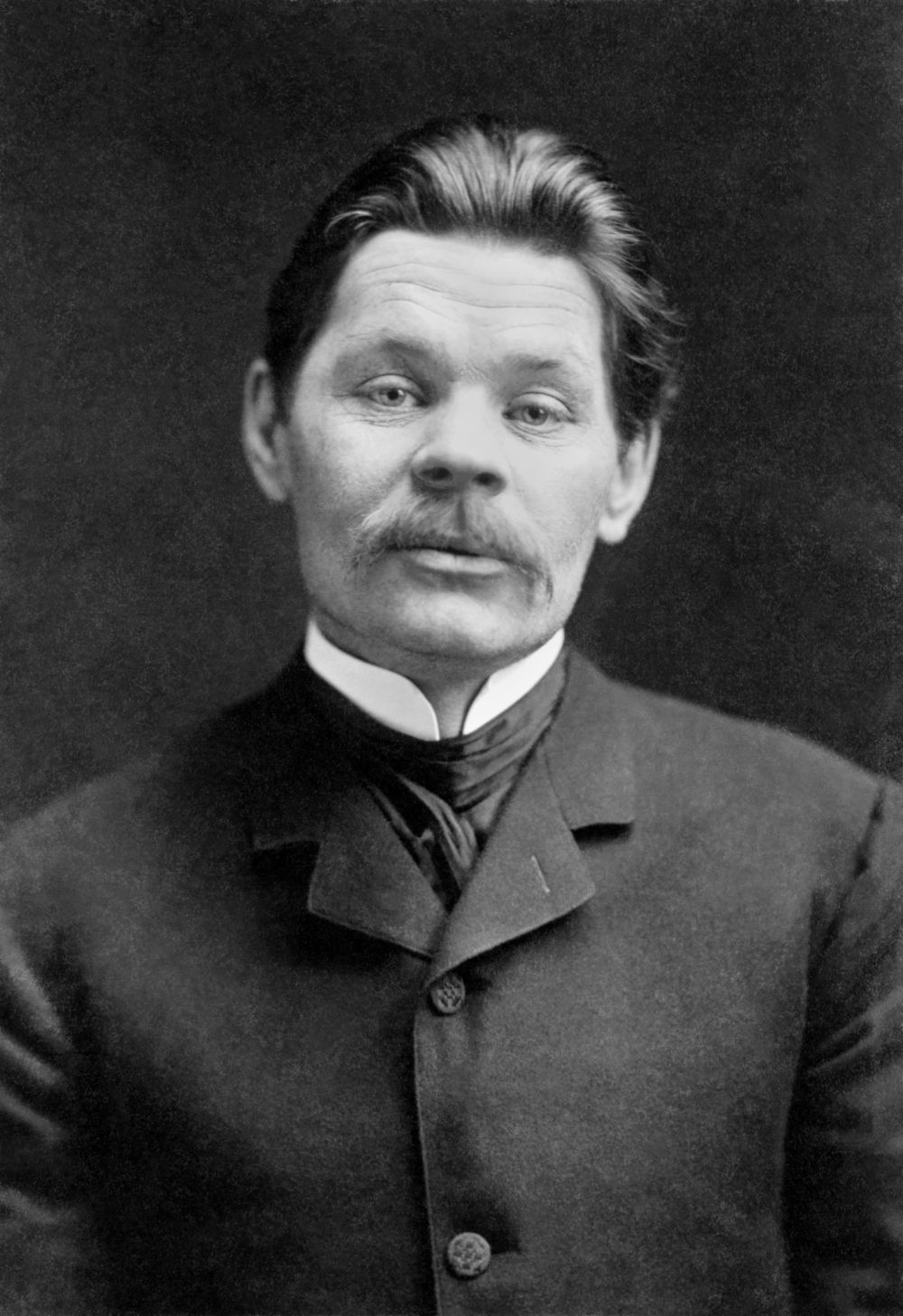 Alexei Maximovich Peshkov (Алексе́й Макси́мович Пешко́в or ru Пе́шков; 28 March 1868 16 March – 18 June 1936), primarily known as Maxim (Maksim) Gorky (Макси́м Го́рький), was a Russian and Soviet writer, a founder of the socialist realism literary method and a political activist. He was also a five-time nominee for the Nobel Prize in Literature. Around fifteen years before success as a writer, he frequently changed jobs and roamed across the Russian Empire; these experiences would later influence his writing. Gorky's most famous works were The Lower Depths (1902), Twenty-six Men and a Girl, The Song of the Stormy Petrel, My Childhood, Mother, Summerfolk and Children of the Sun. He had an association with fellow Russian writers Leo Tolstoy and Anton Chekhov; Gorky would later mention them in his memoirs.
Gorky was active with the emerging Marxist social-democratic movement. He publicly opposed the Tsarist regime, and for a time closely associated himself with Vladimir Lenin and Alexander Bogdanov's Bolshevik wing of the party, but later became a bitter critic of Lenin as an overly ambitious, cruel and power-hungry potentate who tolerated no challenge to his authority. For a significant part of his life, he was exiled from Russia and later the Soviet Union. In 1932, he returned to USSR on Joseph Stalin's personal invitation and died there in June 1936.