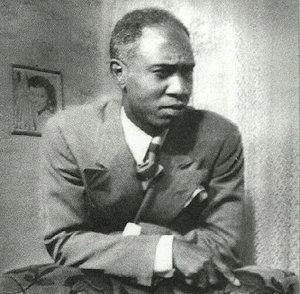 Melvin Barnabus Tolson (February 6, 1898 – August 29, 1966) was an American poet, educator, columnist, and politician. As a poet, he was influenced both by Modernism and the language and experiences of African Americans, and he was deeply influenced by his study of the Harlem Renaissance.
As a debate coach at the historically black Wiley College in Marshall, Texas, Tolson led a team that pioneered interracial college debates against white colleges in the segregated South. This work was depicted in 2007 biopic The Great Debaters, produced by Oprah Winfrey and starring Denzel Washington as Tolson.