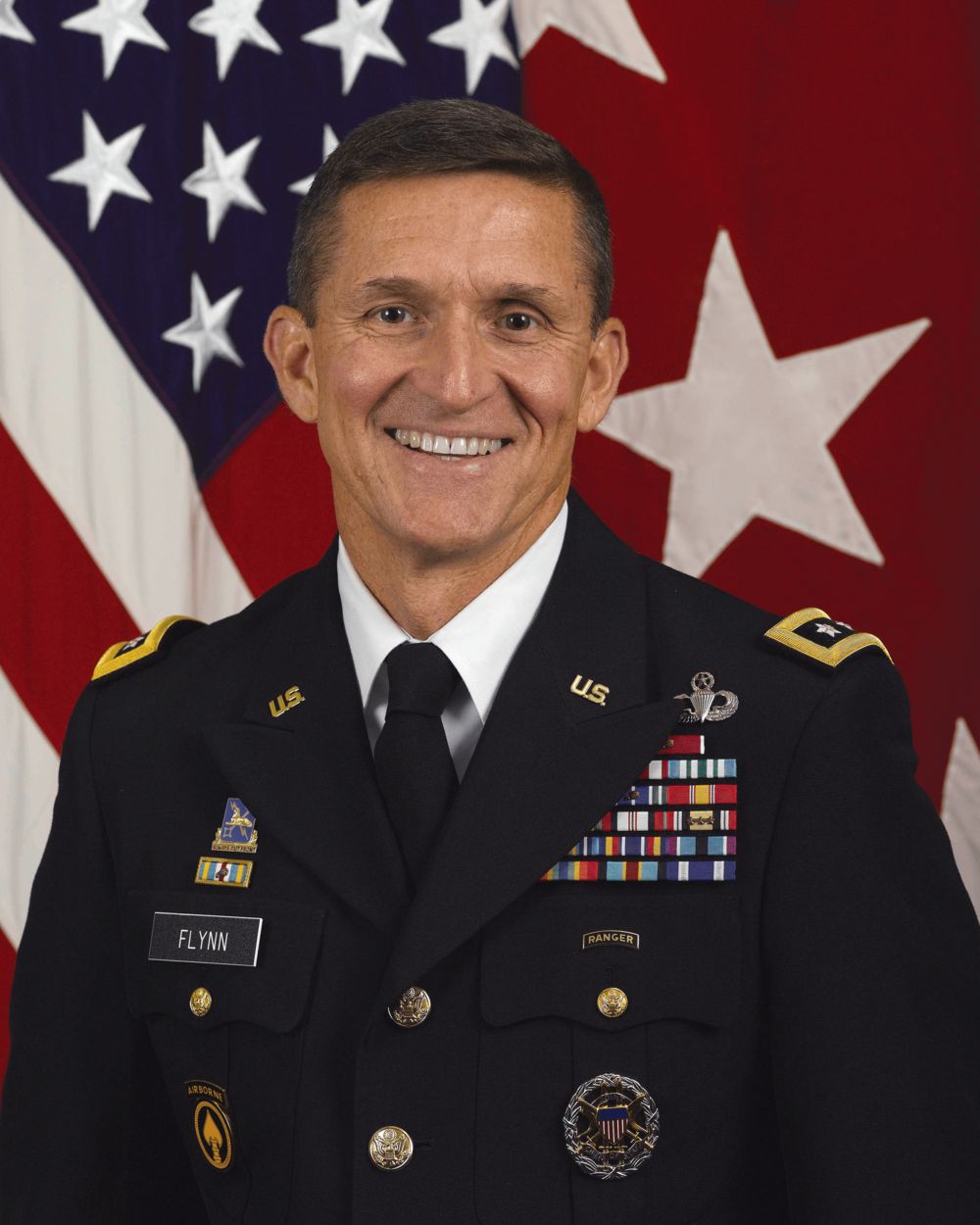 Michael Thomas Flynn (born December 1958) is a retired United States Army Lieutenant General who served in the U.S. Army for 33 years, from 1981 until 2014. In January 2017 he briefly served as National Security Advisor to U.S. President Donald Trump. In December 2017 he pleaded guilty to one count of lying to the FBI (a felony) about contacts he had with the Russian government during Trump's presidential transition.
Flynn's military career included a key role in shaping U.S. counterterrorism strategy and dismantling insurgent networks in Afghanistan and Iraq, and he was given numerous combat arms, conventional, and special operations senior intelligence assignments.
He was appointed by President Barack Obama as the eighteenth director of the Defense Intelligence Agency, serving from July 2012 until his forced retirement from the military in August 2014. The New York Times reported on May 18, 2018, that a longtime FBI/CIA informant had met Flynn at an intelligence seminar in Britain six months earlier and became alarmed by Flynn's closeness to a Russian woman there; this concern prompted another individual to alert American authorities that Flynn may have been compromised by Russian intelligence.
After leaving the military, he established Flynn Intel Group, which has provided intelligence services for businesses and governments, including ones in Turkey.
Flynn briefly served as the National Security Advisor for President Donald Trump, from January 20 to February 13, 2017. He resigned after information surfaced that he had misled the FBI and Vice President Mike Pence about the nature and content of his communications with the Russian ambassador to the U.S., Sergey Kislyak. Flynn's tenure of just 24 days was the shortest in the office's history.
On April 27, 2017, the Pentagon inspector general announced an investigation into whether Flynn had accepted money from foreign governments without the required approval. Flynn initially refused to hand over subpoenaed documents to the Senate Intelligence Committee, pleading the Fifth Amendment against self-incrimination, but a compromise with the committee was worked out. On December 1, 2017, Flynn appeared in federal court to formalize a deal with Special Counsel Robert Mueller to plead guilty to a single felony count of "willfully and knowingly" making "false, fictitious and fraudulent statements" to the FBI. He confirmed his intention to cooperate with the Special Counsel's investigation.