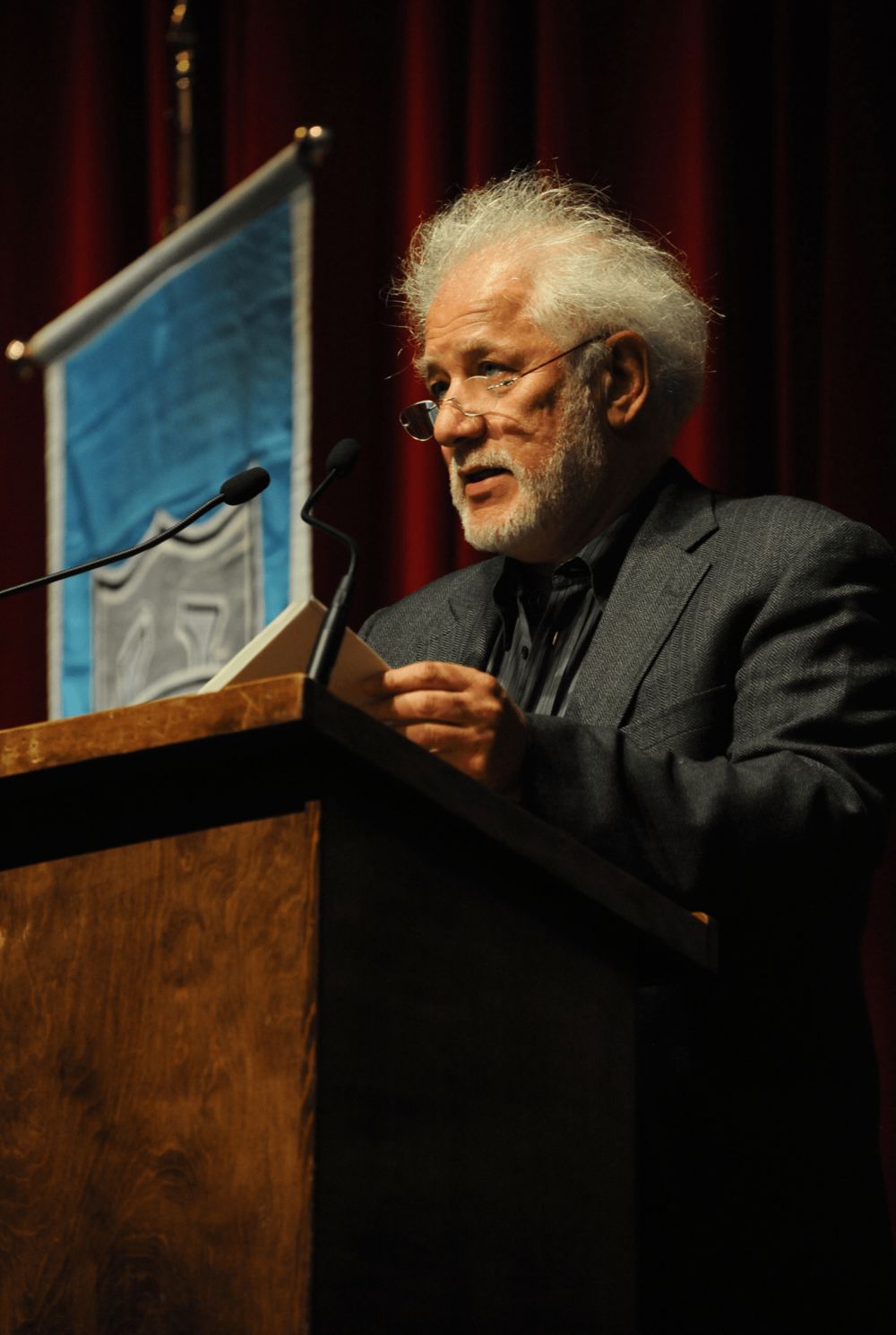 Philip Michael Ondaatje, CC FRSL (ɒnˈdɑːtʃiː; born 12 September 1943), is a Sri Lanka-born Canadian poet, fiction writer, essayist, novelist, editor and filmmaker. He is the recipient of multiple literary awards such as the Governor General's Award, the Giller Prize, the Booker Prize, and the Prix Médicis étranger. Ondaatje is also an Officer of the Order of Canada, recognizing him as one of Canada's most renowned living authors.
Ondaatje's literary career began with his poetry in 1967, publishing The Dainty Monsters, and then in 1970 the critically acclaimed The Collected Works of Billy the Kid. However, he is more recently recognized for his nationally and internationally successful novel The English Patient (1992), which was adapted into a film in 1996. In 2018, Ondaatje won the Golden Man Booker Prize for The English Patient.
In addition to his literary writing, Ondaatje has been an important force in "fostering new Canadian writing" with two decades commitment to Coach House Press (around 1970-90), and his editorial credits on Canadian literary projects like the journal Brick, and the Long Poem Anthology (1979), among others.