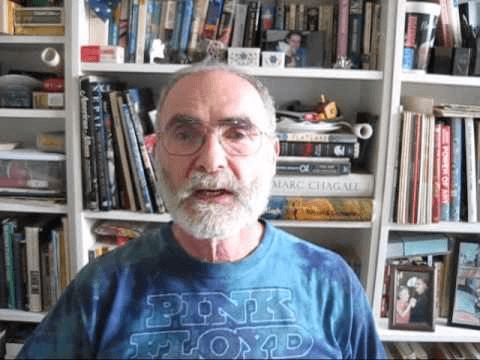 Michael Wiesenberg made his living playing poker for 10 years before turning to a career as technical writer in the computer field. His books reflect those two careers: Free Money: How to Win in the Cardrooms of California (published by Gambling Times Press and distributed by Lyle Stuart, 1984), and Puzzled Programmers (Microsoft Press, 1987), a collection of short stories, each of which introduces a mathematical puzzle best solved by computer, with solutions presented in three programming languages. He also coauthored a pioneering book on desktop publishing, and has been a Card Player Magazine columnist since the inception of the magazine (1988). He was also the editor for four years of two newsletters sent twice-monthly through Card Player's website and the content editor of the site.
Wiesenberg was one of the writers of The InfoWorld Essential Guide to the Commodore 64. He is the author of Poker Talk: The Language of Poker (Card Player, 1996) and The Official Dictionary of Poker (Mike Caro University, 2000). His latest book is The Ultimate Casino Guide (SourceBooks, 2005).
Wiesenberg contributed for many years to the original Gambling Times magazine, writing about keno and poker. He had a biweekly column in the original Poker Player for five years and in Pan Player + for two (a defunct magazine for panguingue players). He had a monthly column for three years in Dr. Dobb's Journal, a legendary computer magazine, and a monthly column for two years in A+, a magazine for Apple Computer users. He has contributed hundreds of articles (and photographs) to PC Publishing, MicroTimes, Gambling Times, InfoWorld, Gaming & Wagering Business, Casino & Sports, and was an occasional contributor of articles to inCider, The San Jose Mercury, The San Francisco Chronicle, Science '84, and Desktop Publishing. He has also constructed crosswords for national crossword puzzle magazines and newspapers. His puzzles appeared monthly for five years in LA Direct, and seven years online at Poker Pages and Puzzle Planet.
He wrote the rules and games descriptions sections for online poker cardrooms Full Tilt Poker and Planet Poker.