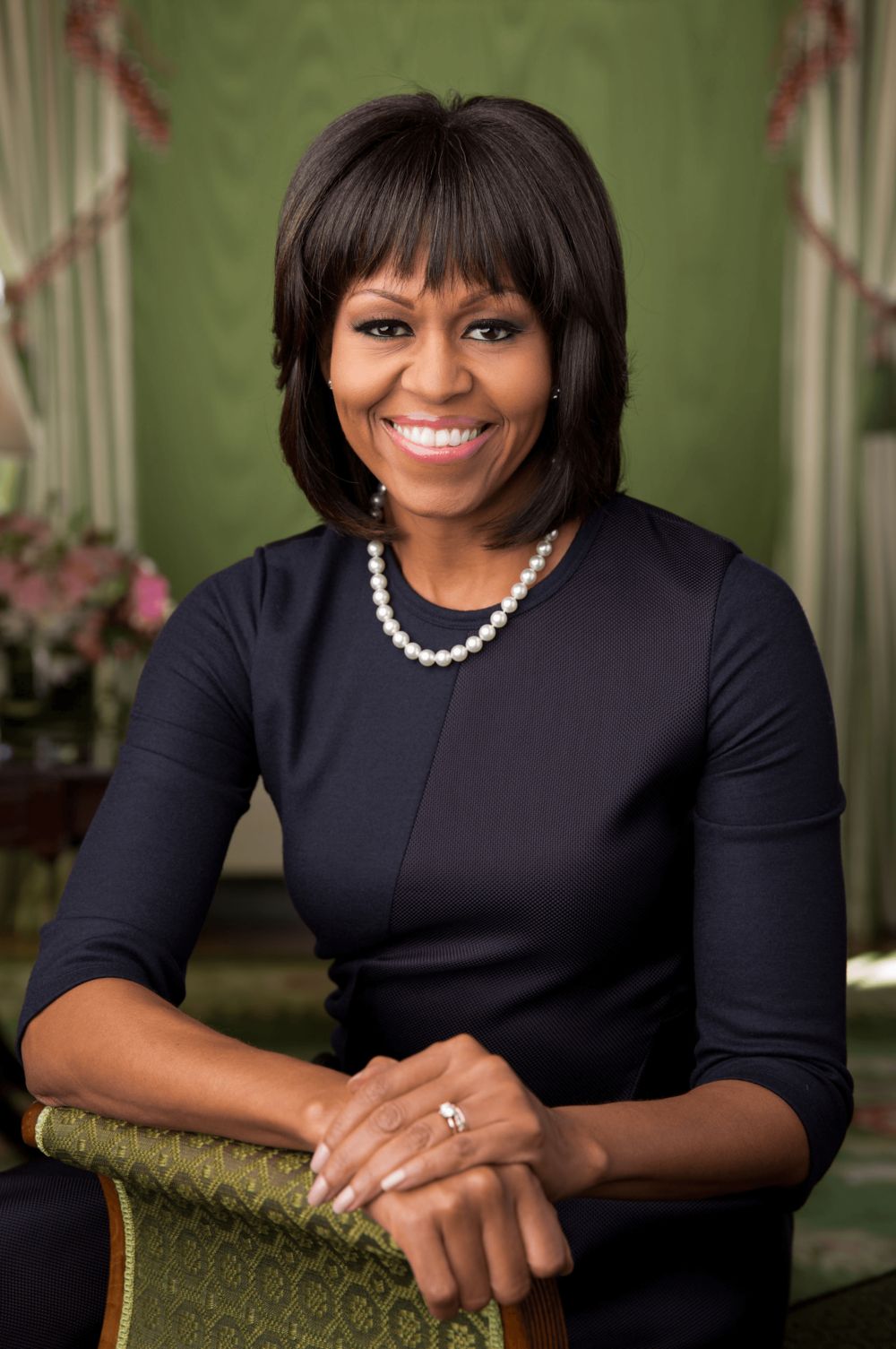 Michelle LaVaughn Robinson Obama (born January 17, 1964) is an American lawyer and writer who served as the First Lady of the United States from 2009 to 2017. She is married to the 44th U.S. President, Barack Obama, and was the first African-American First Lady. Raised on the South Side of Chicago, Illinois, Obama is a graduate of Princeton University and Harvard Law School, and spent her early legal career working at the law firm Sidley Austin, where she met her husband. She subsequently worked as the Associate Dean of Student Services at the University of Chicago and the Vice President for Community and External Affairs of the University of Chicago Medical Center. Barack and Michelle married in 1992 and have two daughters.
Obama campaigned for her husband's presidential bid throughout 2007 and 2008, delivering a keynote address at the 2008 Democratic National Convention. She returned to speak at the 2012 Democratic National Convention, and again during the 2016 Democratic National Convention in Philadelphia, where she delivered a speech in support of the Democratic presidential nominee, and fellow First Lady, Hillary Clinton.
As First Lady, Obama sought to become a role model for women, an advocate for poverty awareness, education, nutrition, physical activity and healthy eating, and became a fashion icon.