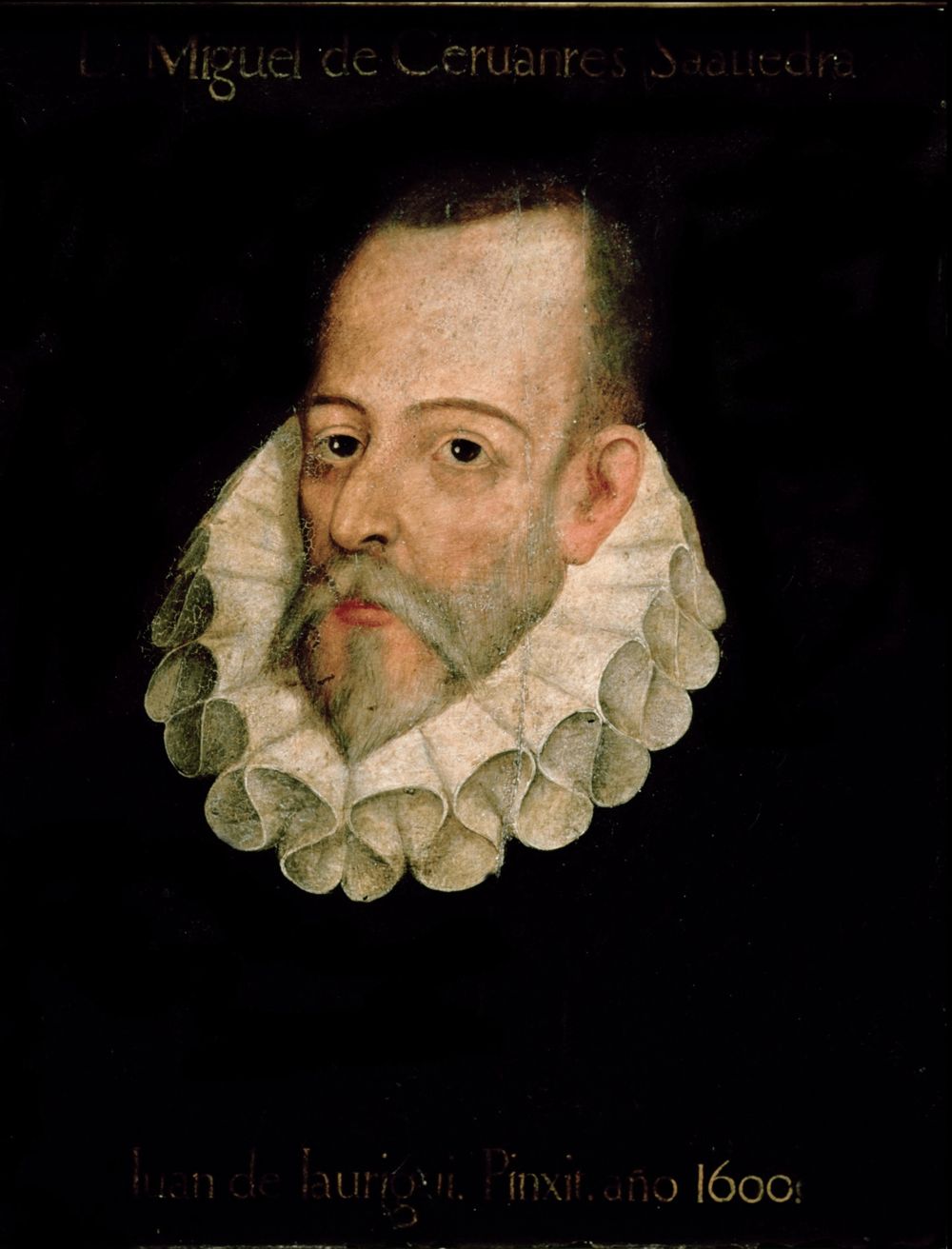 Miguel de Cervantes SaavedraHis signature spells Cerbantes with a b; but he is now known after the spelling Cervantes, used by the printers of his works. The patronymic of his mother was Cortinas. Saavedra was the surname of a distant relative. He adopted it as his second surname after his return from the Barbary Coast.191–192 The earliest documents signed with Cervantes' two names, Cervantes Saavedra, appear several years after his repatriation. He began adding the second surname (Saavedra, a name that did not correspond to his immediate family) to his patronymic in 1586–1587 in official documents related to his marriage to Catalina de Salazar.191–192 (sərˈvæntiːz; USsərˈvɑːnteɪz; miˈɣel de θeɾˈβantes saaˈβeðɾa; 29 September 1547 (assumed) – 23 April 1616 NS) was a Spanish writer who is widely regarded as the greatest writer in the Spanish language and one of the world's pre-eminent novelists. His novel Don Quixote has been translated into more languages than any other book except the Bible.
Don Quixote, a classic of Western literature, is sometimes considered both the first modern novel and the best work of fiction ever written. Cervantes' influence on the Spanish language has been so great that the language is often called la lengua de Cervantes ("the language of Cervantes"). He has also been dubbed El príncipe de los ingenios ("The Prince of Wits").
In 1569, in forced exile from Castile, Cervantes moved to Rome, where he worked as chamber assistant of a cardinal. Then he enlisted as a soldier in a Spanish Navy infantry regiment and continued his military life until 1575, when he was captured by Barbary pirates. After five years of captivity, he was released on payment of a ransom by his parents and the Trinitarians, a Catholic religious order, and he returned to his family in Madrid.
In 1585, Cervantes published La Galatea, a pastoral novel. He worked as a purchasing agent for the Spanish Armada and later as a tax collector for the government. In 1597, discrepancies in his accounts for three years previous landed him in the Crown Jail of Seville.
In 1605, Cervantes was in Valladolid when the immediate success of the first part of his Don Quixote, published in Madrid, signalled his return to the literary world. In 1607, he settled in Madrid, where he lived and worked until his death. During the last nine years of his life, Cervantes solidified his reputation as a writer, publishing Novelas ejemplares (Exemplary Novels) in 1613, Viaje al Parnaso (Journey to Parnassus) in 1614, and Ocho comedias y ocho entremeses and the second part of Don Quixote in 1615. His last work, Los trabajos de Persiles y Sigismunda ("The Travails of Persiles and Sigismunda"), was published posthumously in 1617.