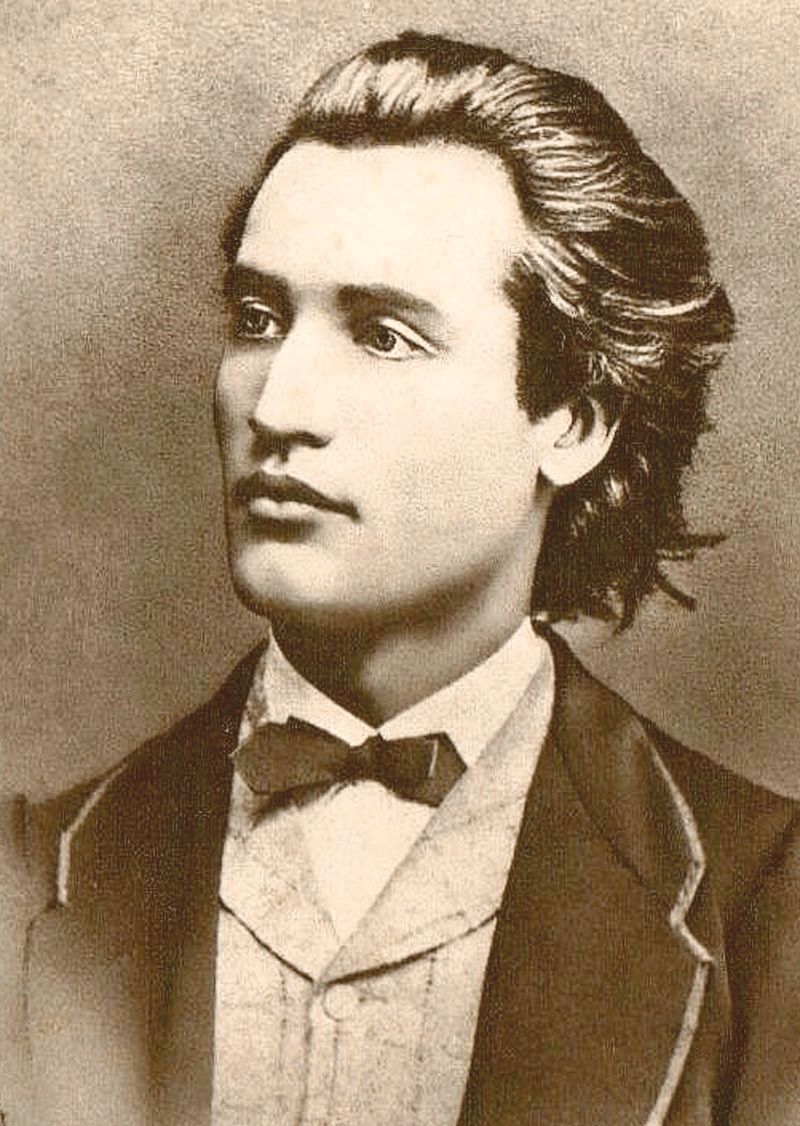 Mihai Eminescu (miˈhaj emiˈnesku; born Mihail Eminovici; 15 January 1850 – 15 June 1889) was a Romantic poet, novelist and journalist, generally regarded as the most famous and influential Romanian poet. Eminescu was an active member of the Junimea literary society and worked as an editor for the newspaper Timpul ("The Time"), the official newspaper of the Conservative Party (1880–1918). His poetry was first published when he was 16 and he went to Vienna to study when he was 19. The poet's manuscripts, containing 46 volumes and approximately 14,000 pages, were offered by Titu Maiorescu as a gift to the Romanian Academy during the meeting that was held on 25 January 1902. Notable works include Luceafărul (The Vesper/The Evening Star/The Lucifer/The Daystar), Odă în metru antic (Ode in Ancient Meter), and the five Letters (Epistles/Satires). In his poems he frequently used metaphysical, mythological and historical subjects.