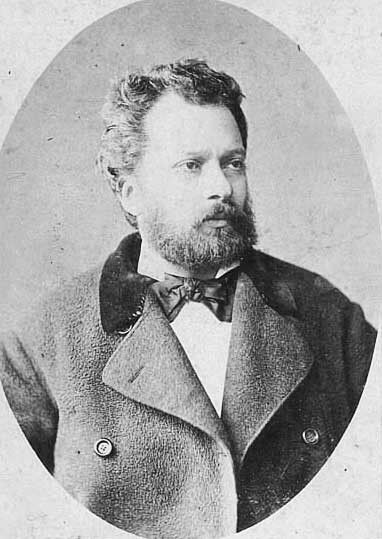 Namık Kemal (21 December 1840 – 2 December 1888) was an Ottoman democrat, writer, intellectual, reformer, journalist, playwright, and political activist who was influential in the formation of the Young Ottomans and their struggle for governmental reform in the Ottoman Empire during the late Tanzimat period, which would lead to the First Constitutional Era in the Empire in 1876. Kemal was particularly significant for championing the notions of freedom and fatherland in his numerous plays and poems, and his works would have a powerful impact on the establishment of and future reform movements in Turkey, as well as other former Ottoman lands. He is often regarded as being instrumental in redefining Western concepts like natural rights and constitutional government.