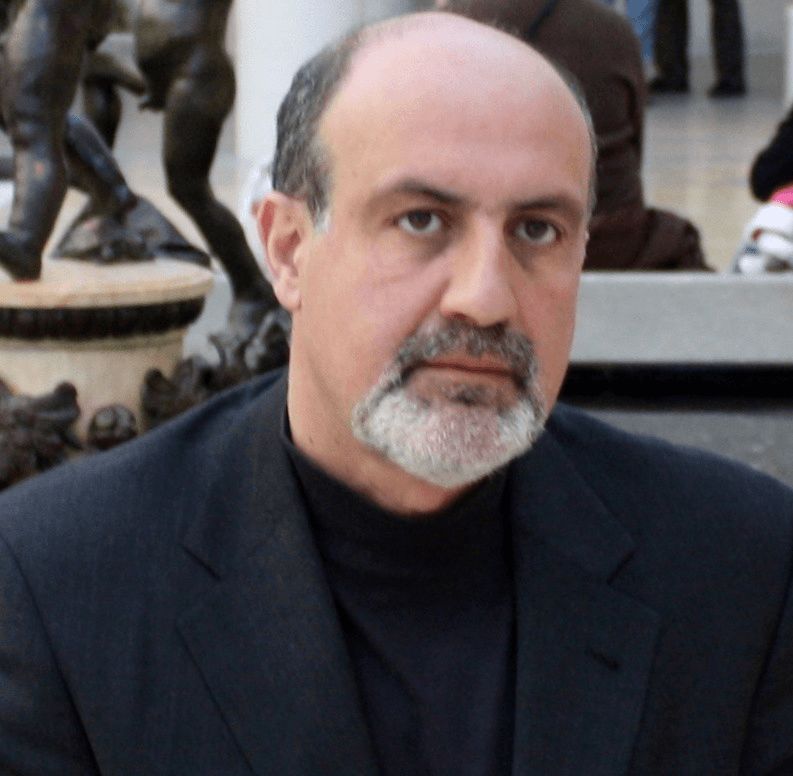 Nassim Nicholas Taleb (نسيم نقولا طالب, alternatively Nessim or Nissim, born 1960) is a Lebanese–American essayist, scholar, statistician, former trader, and risk analyst, whose work focuses on problems of randomness, probability, and uncertainty. His 2007 book The Black Swan was described in a review by The Sunday Times as one of the twelve most influential books since World War II.
Taleb is an author and has been a professor at several universities, serving as Distinguished Professor of Risk Engineering at the New York University Tandon School of Engineering since September 2008. He has been co-editor-in-chief of the academic journal Risk and Decision Analysis since September 2014. He has also been a practitioner of mathematical finance, a hedge fund manager, and a derivatives trader, and is currently listed as a scientific adviser at Universa Investments.
He criticized the risk management methods used by the finance industry and warned about financial crises, subsequently profiting from the late-2000s financial crisis. He advocates what he calls a "black swan robust" society, meaning a society that can withstand difficult-to-predict events. He proposes antifragility in systems, that is, an ability to benefit and grow from a certain class of random events, errors, and volatility as well as "convex tinkering" as a method of scientific discovery, by which he means that decentralized experimentation outperforms directed research.