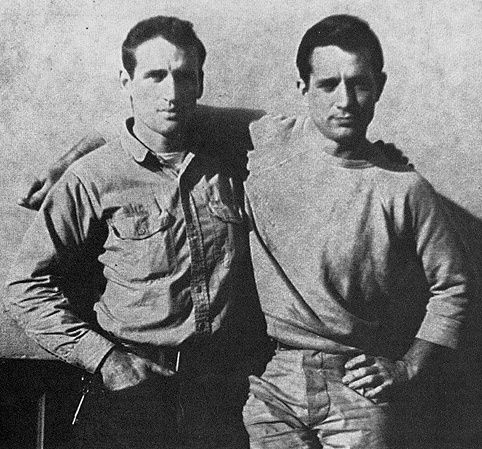 Neal Leon Cassady (February 8, 1926 – February 4, 1968) was a major figure of the Beat Generation of the 1950s and the psychedelic and counterculture movements of the 1960s.
He was prominently featured as himself in the "scroll" (first draft) version of Jack Kerouac's novel On the Road, and served as the model for the character Dean Moriarty in the 1957 version of that book. In many of Kerouac's later books, Cassady is represented by the character Cody Pomeray. Cassady also appeared in Allen Ginsberg's poems, and in several other works of literature by other writers.