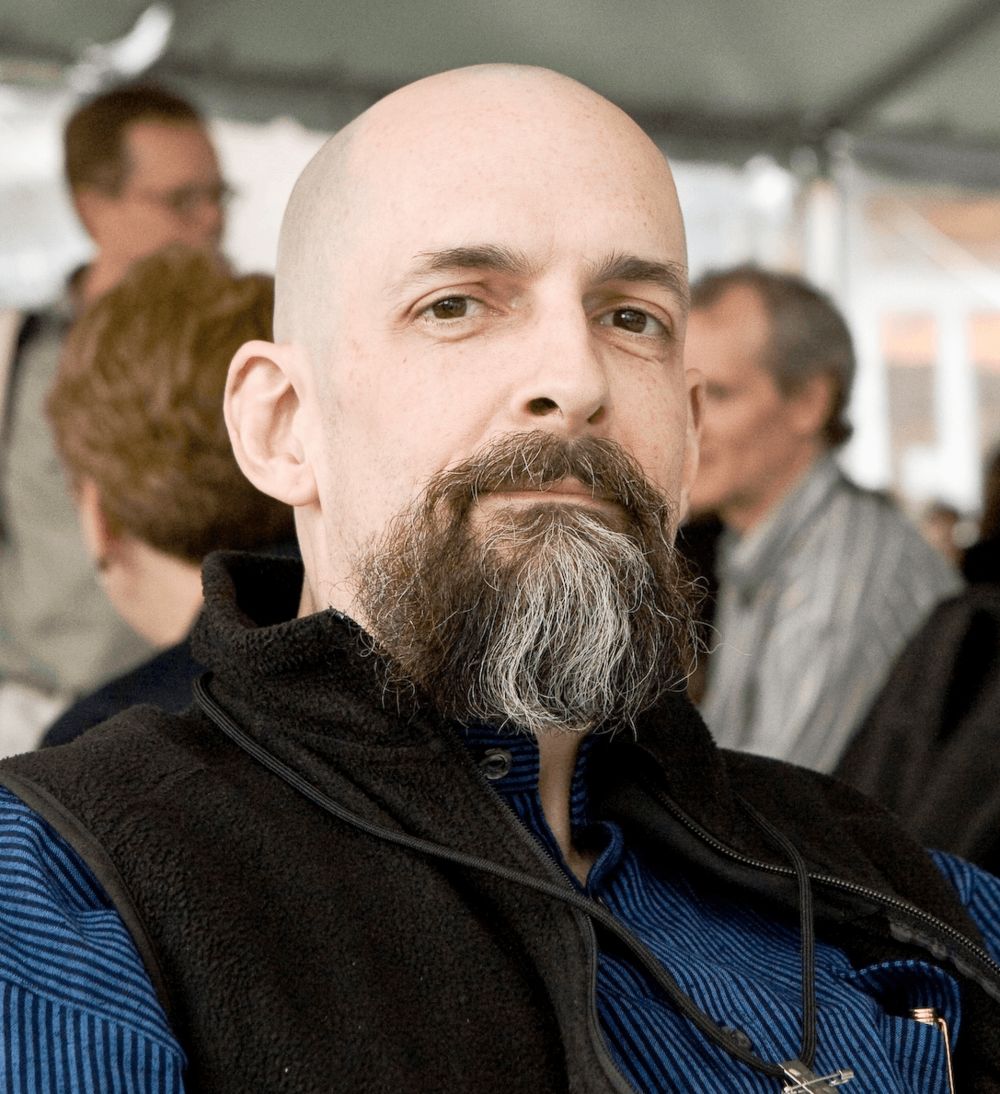 Neal Town Stephenson (born October 31, 1959) is an American writer and game designer known for his works of speculative fiction.
His novels have been categorized as science fiction, historical fiction, cyberpunk, postcyberpunk, and baroque.
Stephenson's work explores subjects such as mathematics, cryptography, linguistics, philosophy, currency, and the history of science. He also writes non-fiction articles about technology in publications such as Wired. He has also written novels with his uncle, George Jewsbury ("J. Frederick George"), under the collective pseudonym Stephen Bury.
Stephenson has worked part-time as an advisor for Blue Origin, a company (funded by Jeff Bezos) developing a spacecraft and a space launch system, and is also a cofounder of Subutai Corporation, whose first offering is the interactive fiction project The Mongoliad. He is currently Magic Leap's Chief Futurist.