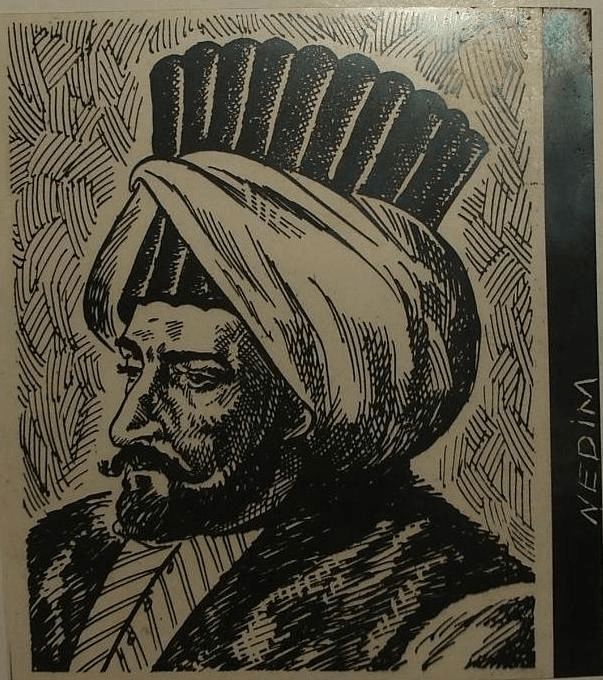 Ahmed Nedîm Efendi (نديم) (1681? – 30 October 1730) was the pen name (Ottoman Turkish: ﻡﺨﻠﺺ mahlas) of one of the most celebrated Ottoman poets. He achieved his greatest fame during the reign of Ahmed III, the so-called Tulip Era from 1718 to 1730. Both his life and his work are often seen as being representative of the relaxed attitude and European influences of that time. He was known for his slightly decadent, even licentious poetry often couched in the most staid of classical formats, but also for bringing the folk poetic forms of türkü and şarkı into the court.