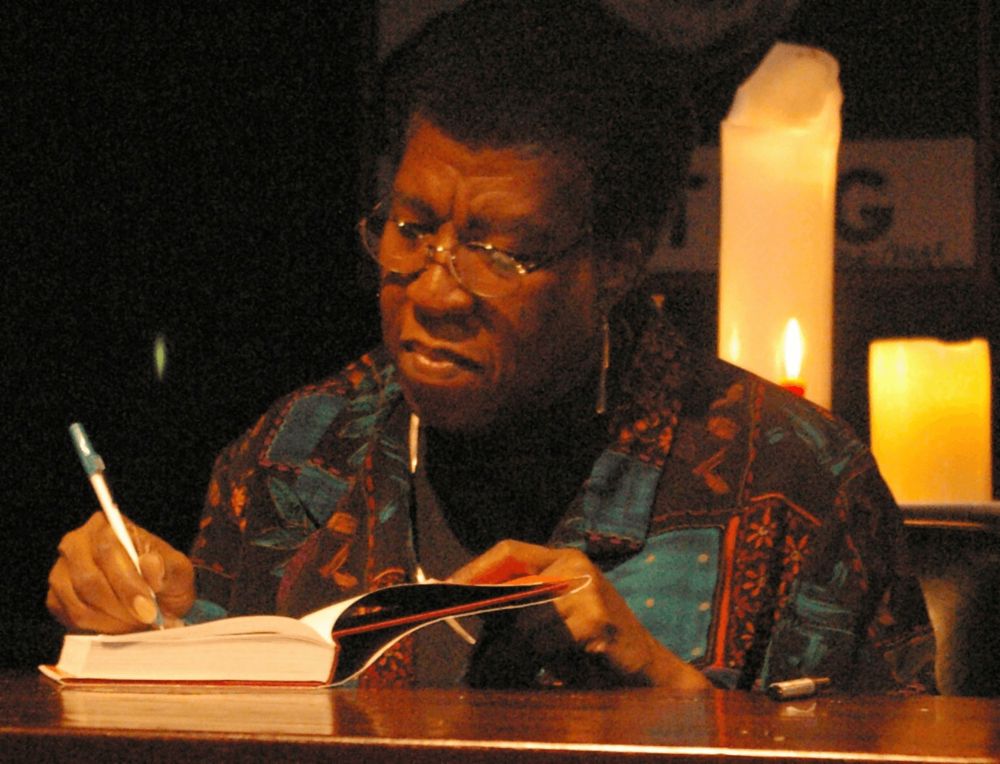 Octavia Estelle Butler (June 22, 1947 – February 24, 2006) was an African American science fiction writer. A multiple recipient of both the Hugo and Nebula awards, in 1995 she became the first science fiction writer to receive a MacArthur Fellowship.
Butler was born in Pasadena, California. After her father died, Octavia was raised by her widowed mother. Extremely shy as a child, she found an outlet at the library reading fantasy, and in writing. As a teen she began writing science fiction. She attended community college during the black power movement, and while participating in a local writer's workshop was encouraged to attend the Clarion Workshop, which focused on science fiction.
She soon sold her first stories and by the late 1970s, Butler became sufficiently successful as an author that she was able to pursue writing full-time. Her books and short stories drew the favorable attention of the public and awards judges. She also taught writer's workshops, and eventually relocated to Washington. Butler died of a stroke at age 58. Her papers are held in the research collection of the Huntington Library.