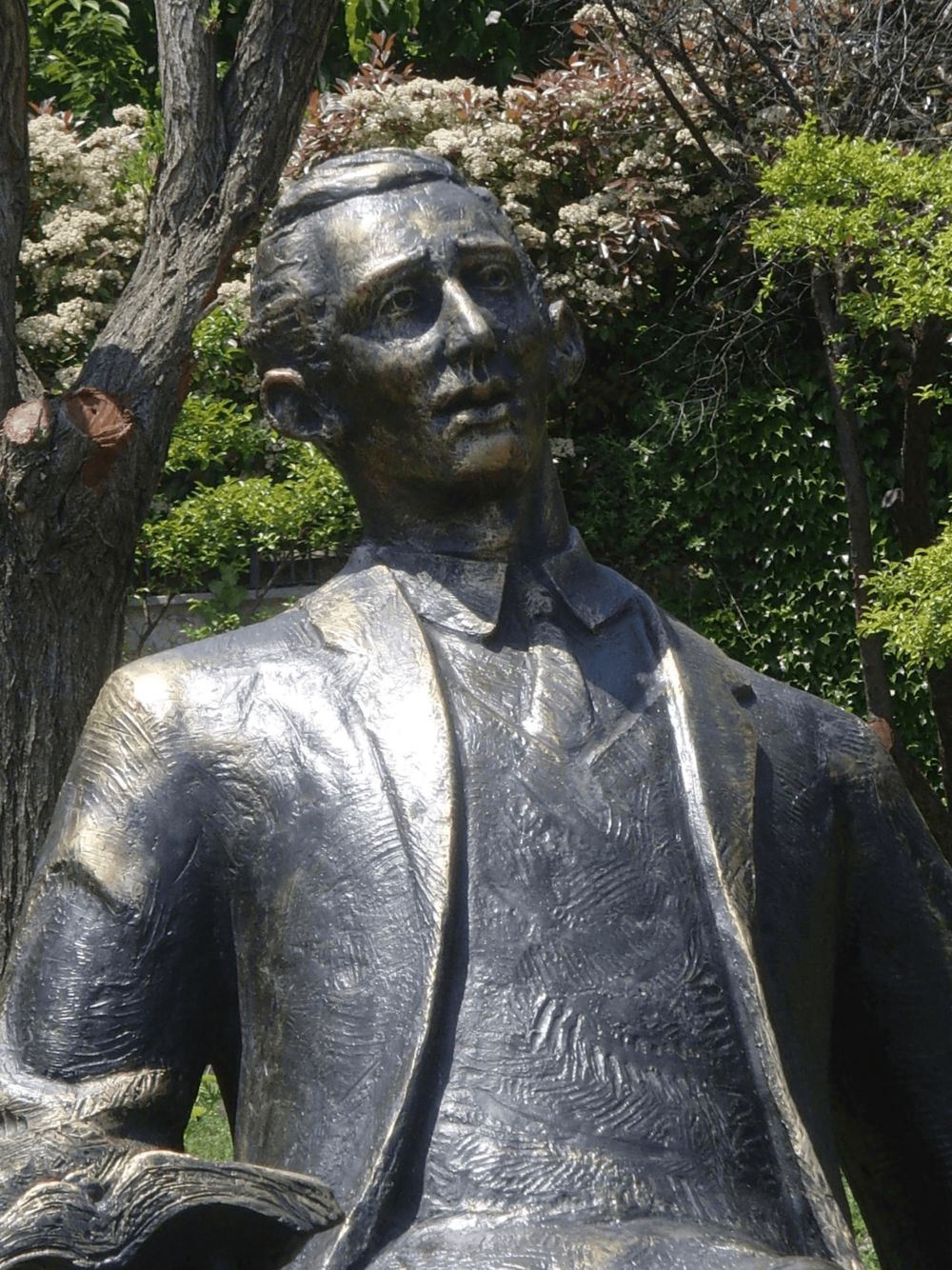 Orhan Veli Kanık or Orhan Veli (13 April 1914, Beykoz, İstanbul – 14 November 1950, İstanbul) was a Turkish poet. Kanık is one of the founders of the Garip Movement together with Oktay Rıfat and Melih Cevdet. Aiming to fundamentally transform traditional form in Turkish poetry, he introduced colloquialisms into the poetic language. Besides his poetry Kanık crammed an impressive volume of works including essays, articles and translations into 36 short years.
Orhan Veli shunned everything old in order to be able to bring about a new 'taste', refusing to use syllable and aruz meters. He professed to regarding the rhyme primitive, literary rhetoric techniques such as metaphor, simile, hyperbole unnecessary. Set out "to do away with all tradition, everything that bygone literatures taught", although this desire of Kanık limits the technical possibilities in his poetry, the poet broke new grounds for himself with the themes and personalities he covered and the vocabulary he employed. He brought the poetic language closer to the spoken language by adopting a plain phraseology. In 1941 his poems embodying these ideas were published in a poetry volume named Garip, released jointly with his friends Oktay Rıfat and Melih Cevdet, which led to the emergence of the Garip movement. This movement had a huge influence especially between the years 1945-1950 on Republican era Turkish verse. The Garip poetry is accepted as a touchstone in Turkish verse for its both destructive and constructive effects.
At first Kanık mostly was found peculiar, he was criticized harshly, and heaped upon much opprobrium because of the innovations he introduced to poetry. Although Orhan Veli's tradition-transgressing works were first received with bemusement and dismay, and were subject to derision and contempt later, they have always aroused interest. This interest however, eventually led to an increase in understanding of, and affection and admiration for the poet. Sait Faik Abasıyanık called attention to this aspect of Orhan Veli's public standing identifying him as "a poet who was much scrutinized, at times mocked, at times embraced, then again rejected, to be once again acclaimed; who achieved both great fame and notoriety in his time".
Although he stands out with his Garip period poems, Orhan Veli had eschewed writing poetry of a "single type". Kanık had been renewing himself and searching without cease throughout his career in literature, a long adventure of poetry in a short life, that consists of different stages. Oktay Rıfat has explained this by saying: "Orhan lived in his very short lifetime an adventure in poetry equal to a few generations of French poets. Turkish poetry became head to head with European poetry thanks to his pen.", and: "A transformation which several generations back to back could maybe achieve, he completed in a few years."