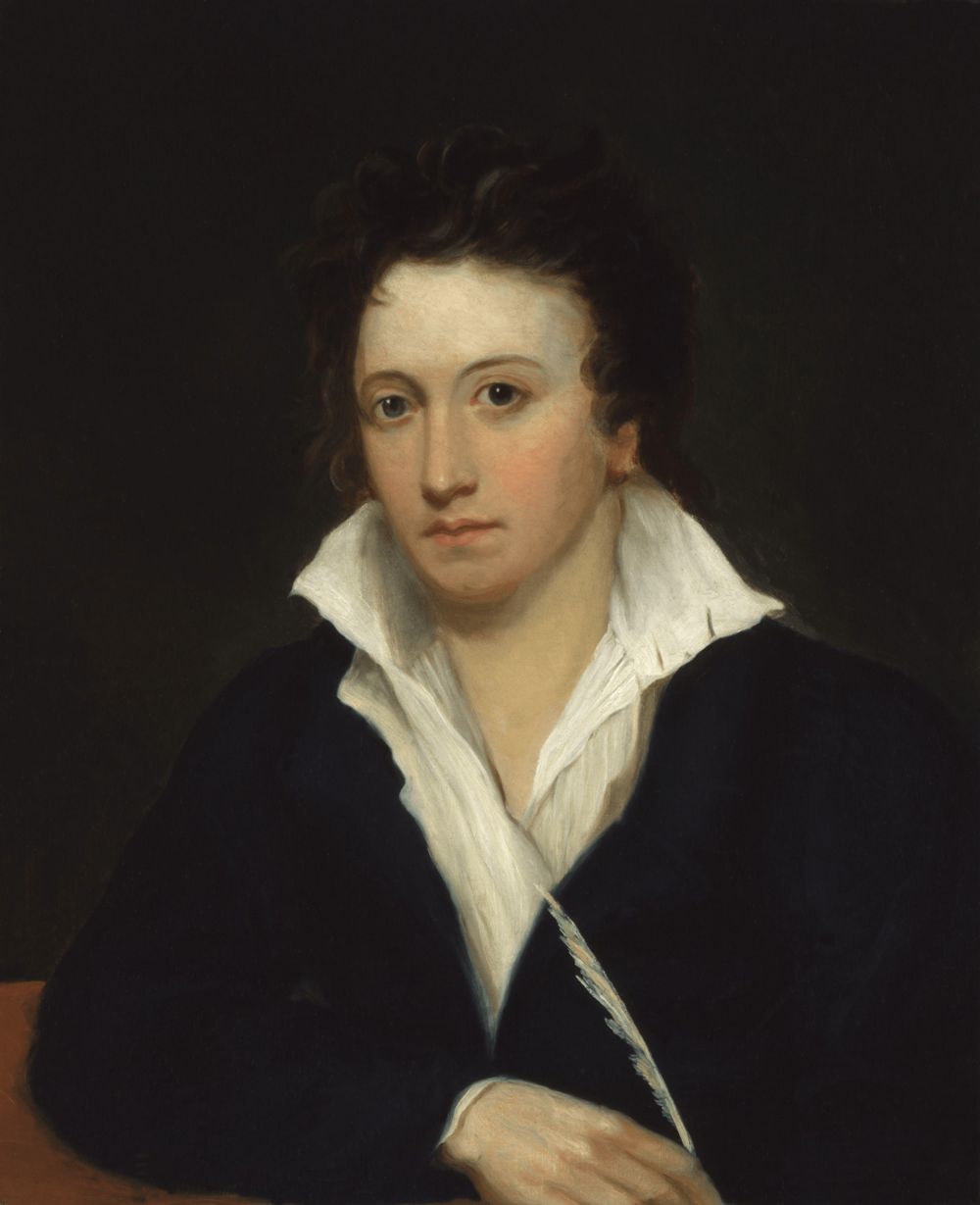 Percy Bysshe Shelley (bɪʃ ; 4 August 1792 – 8 July 1822) was one of the major English Romantic poets, and is regarded by some as among the finer lyric and philosophical poets in the English language, and one of the more influential. A radical in his poetry as well as in his political and social views, Shelley did not see fame during his lifetime, but recognition of his achievements in poetry grew steadily following his death. Shelley was a key member of a close circle of visionary poets and writers that included Lord Byron, Leigh Hunt, Thomas Love Peacock, and his own second wife, Mary Shelley, the author of Frankenstein.
Shelley is perhaps best known for classic poems such as Ozymandias, Ode to the West Wind, To a Skylark, Music, When Soft Voices Die, The Cloud and The Masque of Anarchy. His other major works include a groundbreaking verse drama The Cenci (1819) and long, visionary, philosophical poems such as Queen Mab (later reworked as The Daemon of the World), Alastor, The Revolt of Islam, Adonaïs, Prometheus Unbound (1820)—widely considered to be his masterpiece—Hellas: A Lyrical Drama (1821), and his final, unfinished work, The Triumph of Life (1822).
Shelley's close circle of friends included some of the more important progressive thinkers of the day, including his father-in-law, the philosopher William Godwin, and Leigh Hunt. Though Shelley's poetry and prose output remained steady throughout his life, most publishers and journals declined to publish his work for fear of being arrested for either blasphemy or sedition. Shelley's poetry sometimes had only an underground readership during his day, but his poetic achievements are widely recognized today, and his political and social thought had an impact on the Chartist and other movements in England, and reach down to the present day. Shelley's theories of economics and morality, for example, had a profound influence on Karl Marx; his early—perhaps first—writings on nonviolent resistance influenced Leo Tolstoy, whose writings on the subject in turn influenced Mahatma Gandhi, and through him Martin Luther King Jr. and others practicing nonviolence during the American Civil Rights Movement.
Shelley became a lodestone to the subsequent three or four generations of poets, including important Victorian and Pre-Raphaelite poets such as Robert Browning and Dante Gabriel Rossetti. He was admired by Oscar Wilde, Thomas Hardy, George Bernard Shaw, Leo Tolstoy, Bertrand Russell, W. B. Yeats, Upton Sinclair and Isadora Duncan. Henry David Thoreau's Civil Disobedience was apparently influenced by Shelley's writings and theories on non-violence in protest and political action. Shelley's popularity and influence has continued to grow in contemporary poetry circles.