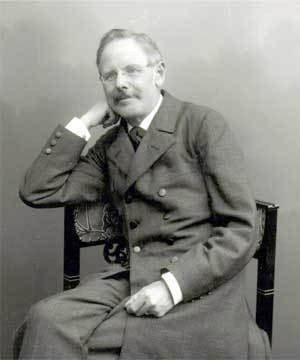 Peter Rosegger (original Roßegger) (31 July 1843 – 26 June 1918) was an Austrian writer and poet from Krieglach in the province of Styria. He was a son of a mountain farmer and grew up in the woodlands and mountains of Alpl. Rosegger (or Rossegger) went on to become a most prolific poet and author as well as an insightful teacher and visionary.
In his later years, he was honoured by officials from various Austrian universities and the city of Graz (the capital of Styria). He was nominated for the Nobel Prize in Literature three times. He was nearly awarded the Nobel Prize in 1913 and is (at least among the people of Styria) something like a national treasure to this day.