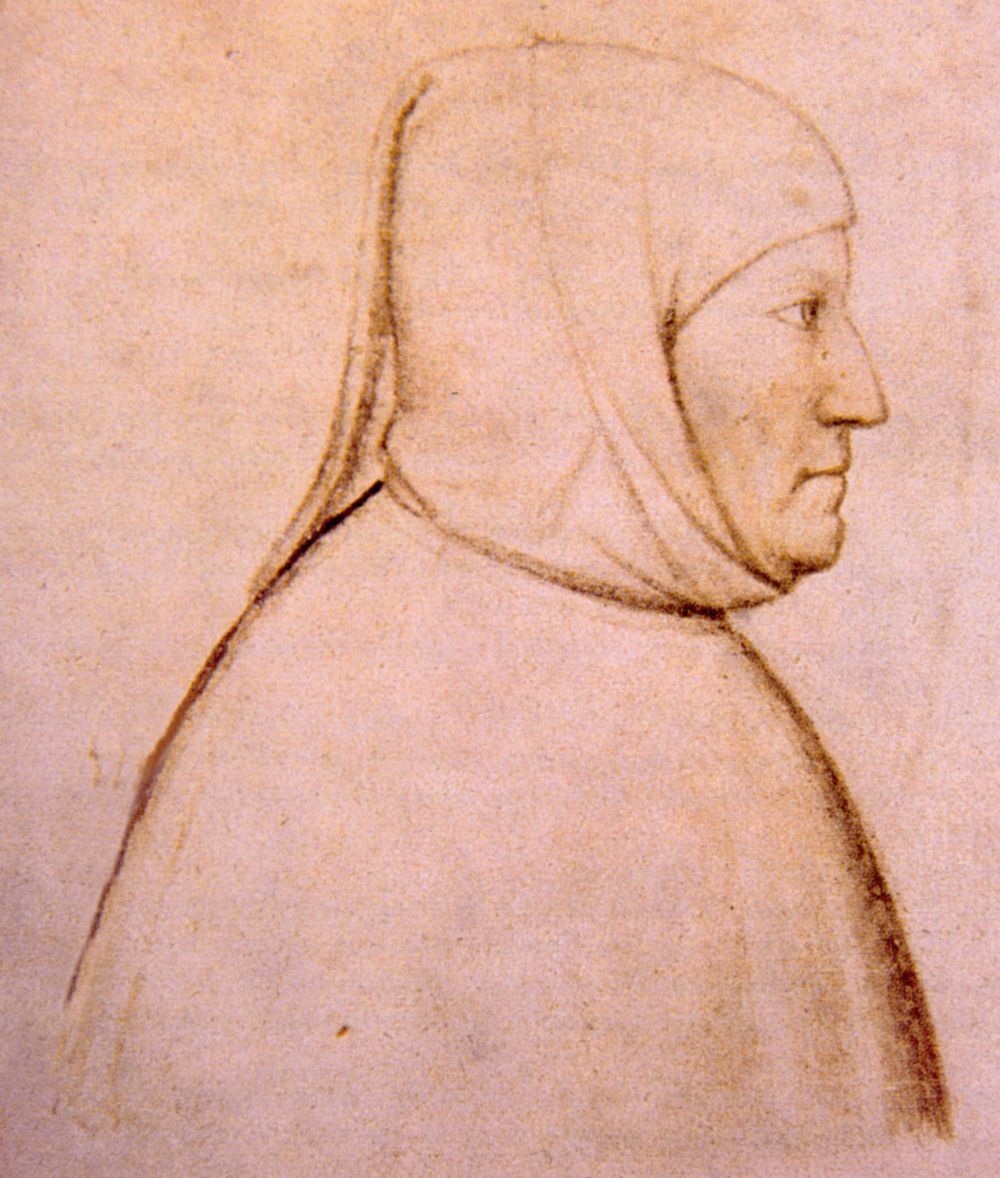 Francesco Petrarca (franˈtʃesko peˈtrarka; July 20, 1304 – July 18/19, 1374), commonly anglicized as Petrarch (ˈpiːtrɑrk,_ˈpɛ-), was a scholar and poet of Renaissance Italy who was one of the earliest humanists. His rediscovery of Cicero's letters is often credited with initiating the 14th-century Renaissance. Petrarch is often considered the founder of Humanism. In the 16th century, Pietro Bembo created the model for the modern Italian language based on Petrarch's works, as well as those of Giovanni Boccaccio, and, to a lesser extent, Dante Alighieri. Petrarch would be later endorsed as a model for Italian style by the Accademia della Crusca.
Petrarch's sonnets were admired and imitated throughout Europe during the Renaissance and became a model for lyrical poetry. He is also known for being the first to develop the concept of the "Dark Ages."