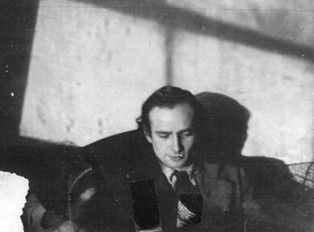 __NOTOC__ __NOTOC__Philip Marie Constant Bancroft O'Connor (8 September 1916 – 29 May 1998) was a British writer and surrealist poet, who also painted. He was one of the 'Wheatsheaf writers' of 1930s Fitzrovia (who took their name from a pub). He married six times and fathered "an unknown number of attractive and intelligent children".
His Memoirs of a Public Baby (1958, Faber and Faber) threw light on his early life. It is dedicated to Anna Wing, the actress and his third partner with whom he had a son, Jon, now (2009) an educator.
This was followed by The Lower View (1960), Living in Croesor (1962) and Vagrancy (1963). He was a heavy drinker and (at the very least) massively eccentric, living a mainly parasitic life. In his own words, he "bathed in life and dried myself on the typewriter".
In 1963, O'Connor interviewed an acquaintance, Quentin Crisp, for the BBC Third Programme. A publisher who happened to hear the broadcast was impressed by Crisp's performance, and as an indirect result of O'Connor's interview, Crisp ended up writing The Naked Civil Servant.
He met the American heiress Panna Grady in 1967 and settled with her in France; they never married.