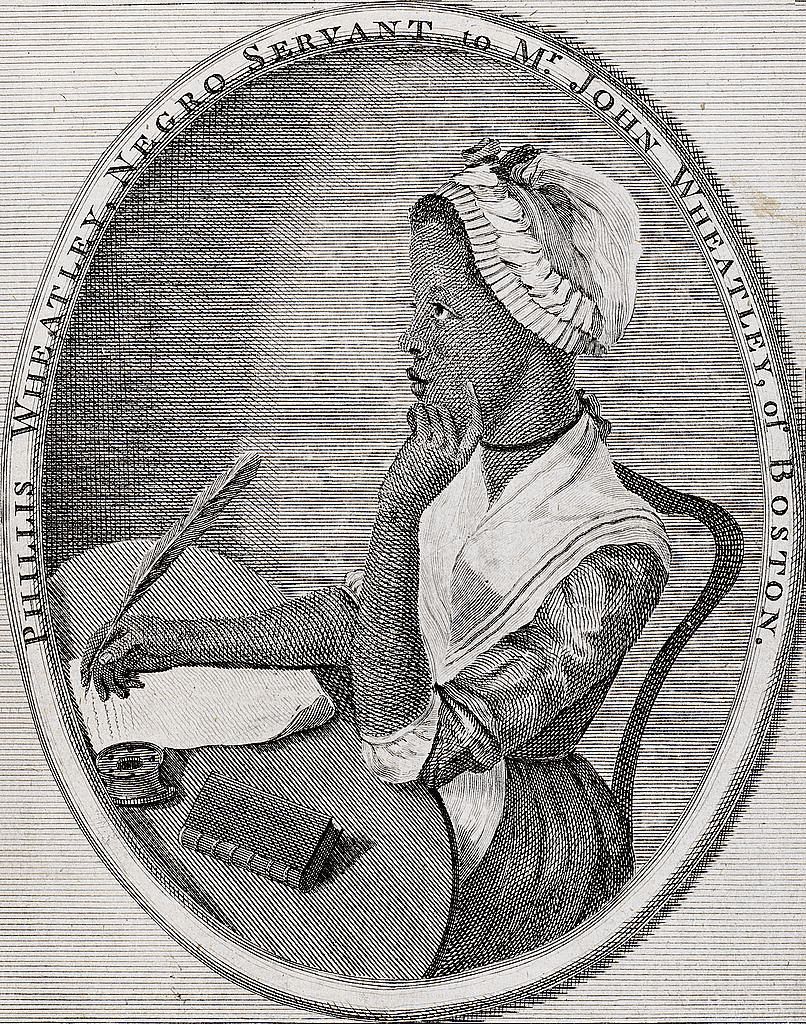 Phillis Wheatley, also spelled Phyllis and Wheatly (c. 1753 – December 5, 1784) was the first published African-American female poet. Born in West Africa, she was sold into slavery at the age of seven or eight and transported to North America. She was purchased by the Wheatley family of Boston, who taught her to read and write and encouraged her poetry when they saw her talent.
The publication of her Poems on Various Subjects, Religious and Moral on 1 September 1773 brought her fame both in England and the American colonies. Figures such as George Washington praised her work. During Wheatley's visit to England with her master's son, African-American poet Jupiter Hammon praised her work in his own poem. Wheatley was emancipated (set free) shortly after the publication of her book. She married in about 1778. Two of her children died as infants. After her husband was imprisoned for debt in 1784, Wheatley fell into poverty and died of illness, quickly followed by the death of her surviving infant son.