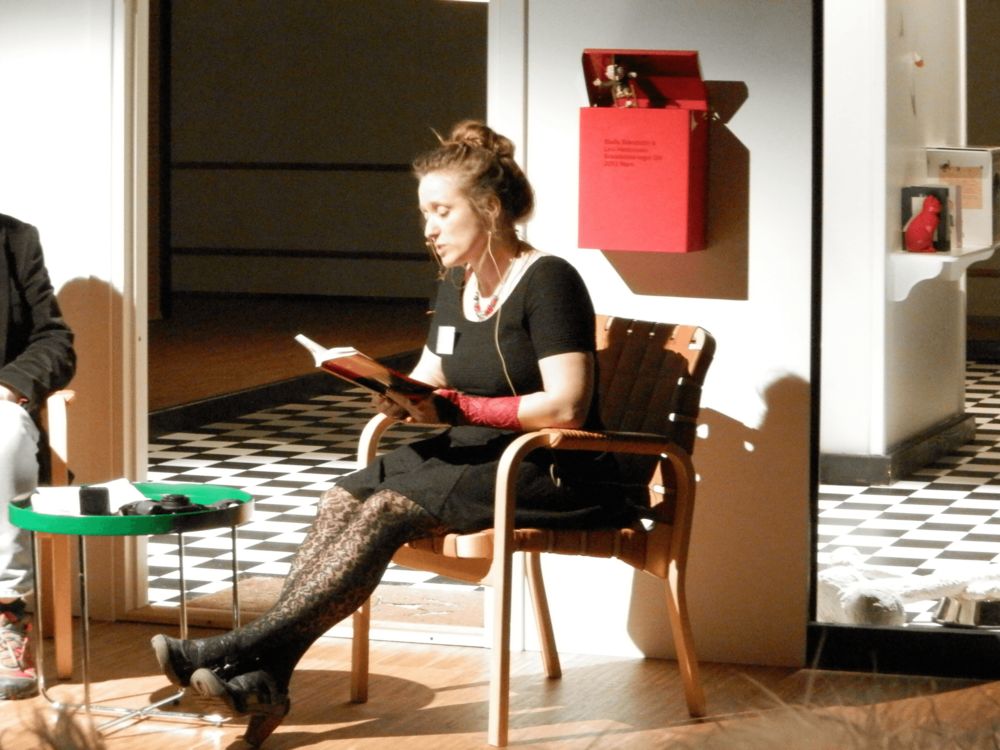 Rakel Helmsdal (born 25 September 1966) is a Faroese writer. Her mother is the Faroese poet Guðrið Helmsdal. Rakel was born in Tårnby, Amager, Denmark, but has lived in Tórshavn in the Faroe Islands for most of her life. She lived for five years in France, where she wrote four of her books. She has taught creative writing and drama, and has also been involved in youth theatre.
Together with Áslaug Jónsdóttir from Iceland and Kalle Güettler from Sweden, she has written a series of books about the little and the big "skrímsl" (fantasy creatures similar to trolls). The first book, Tey kalla meg bara Hugo, was translated into Norwegian. Books in the series have been published in the Faroe Islands, Iceland, Sweden, France, Finland, Spain and Norway.
Helmsdal was president of the Faroese writer's association Rithøvundafelag Føroya from 2009 to 2011.
Helmsdal has created her own marionette theatre, which she calls Karavella Marionett-Theatre.